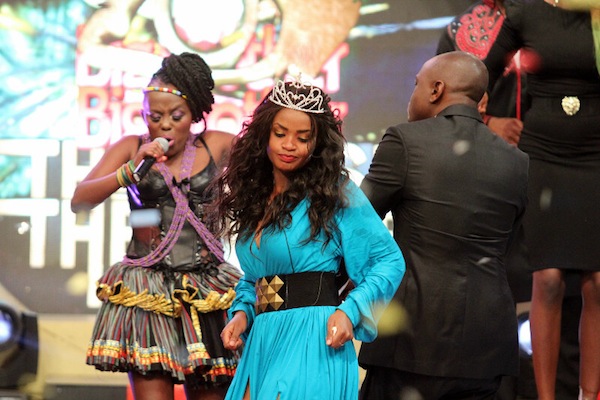 By KELVIN KACHINGWE
THE production of the highly anticipated Big Brother Hotshots will most likely happen in another country, according to MultiChoice Africa head of corporate affairs Caroline Creasy.
The reality television show was set to air from Sunday, but a fire at Sasani Studios in Highlands North, Johannesburg, on Tuesday afternoon will delay the start date of the broadcast.
â€œThe show has high technical demands. All our 56 cameras were destroyed. The house has special glass for crews to shoot behind scenes, so we canâ€™t simply build a new house. We have to look elsewhere at other Big Brother Houses around the world to complete the production.
â€œProducers and team members have already located two houses and still under negotiations. Relocating the production to another country will involve booking flights and arranging new visas for crew and contestants. This is a major challenge for us, but we have a great team and are prepared for major logistical projects,â€ she says.
â€œBig Brother Africa is the only continental show of its kind and has a special creative element and therefore the core crew will remain on the project.â€
The retention of the technical crew on the production depends on the availability of resources in the chosen country.
Contestants are expected to compete for US$300,000 and to remain in the house for 91 days maximum. The Hotshots are currently staying at a hotel in Johannesburg.
â€œThey are obviously very disappointed about the delay in the showâ€™s start but they are on standby for when shooting begins in the new location. An investigation into the cause of the fire is not yet complete,â€ Creasy says.
According to AfricaMagic, this seasonâ€™s housemates have hidden talents, adore the spotlight and will let nothing stand in the way of their pursuit of fame and fortune.
â€œEvery year, fans across the continent sit eagerly glued to their screens, social media abuzz, as they wait tensely to be razzled and dazzled by their favourite Big Brother Africa housemates. As the showâ€™s fan base grows, so does the conversation on the social networks.â€
During the eighth season, over six million fans interacted with Big Brother Africa via the website, Twitter and Facebook, with the website generating just over 200 million impressions.
M-Net Africa West Africa regional director Wangi Mba-Uzoukwu says: â€œAs a voter driven show, the success of the Big Brother Africa brand relies heavily on audience engagement and our social media platforms allow for this to happen in real time.â€
It is believed that Zambia will be represented by award-winning Copperbelt based rapper Macky II.