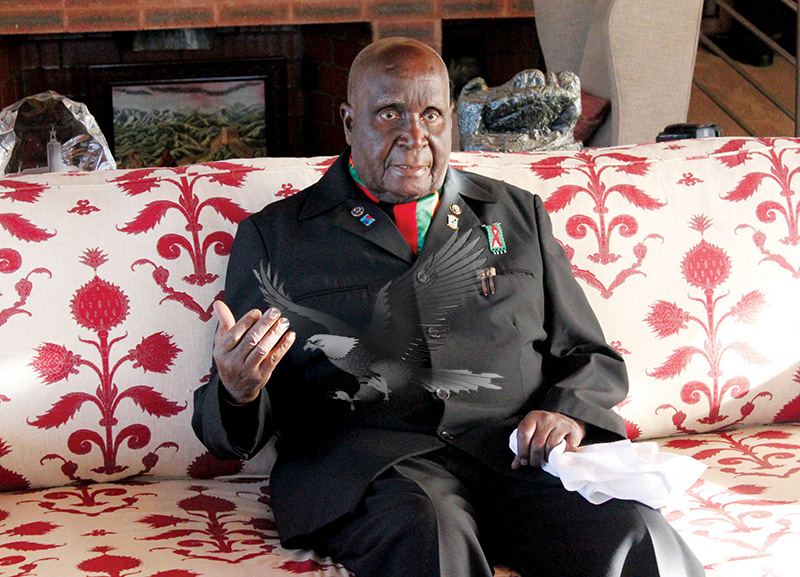 TODAY, Zambia’s founding President Dr Kenneth Kaunda turns 95. This is no mean achievement, but his greatest success is in the legacy he has carved of being one of Africa’s greatest statesmen.
His quest for emancipation was not only for Zambia, but for the whole continent hence his support for all liberation movements after he got past the first hurdle of getting Zambia free in 1964.
It is no wonder, therefore, that his 95th birthday will be graced by, among others, former heads of State from some of the neighbouring countries.
There are few like him. His struggle for the freedom of the nation is well documented, with all that he went through, including imprisonment, all in an effort to secure the independence of the nation from the British colonial rule.
With the diverse ethnic set-up of the nation, Dr Kaunda set out to unite Zambians to ensure equality, thus the ‘One Zambia, One Nation’ slogan, which still remains true to this day.
It was out of such a slogan that Zambians became integrated, with intermarriages becoming part of the Zambian culture.
It is this integration today that has led to a number of Zambians speaking at least one or two other Zambian languages, a sign of unity and recognition of the humanity of others.
From independence, Dr Kaunda set to ensure Zambians enjoyed the fruits of freedom by being placed in positions of leadership in parastatal companies.
His policies and leadership style were what Zambia needed for a country that was transitioning from colonial to self-rule.
Though he faced some economic challenges, Dr Kaunda made some bold decisions such as delinking the nation from the International Monetary Fund at a time when the country needed financial help from the global lending institution.
Dr Kaunda got hold of the reins of power when the nation’s economy was still at manageable levels with favourable copper prices that contributed to high growth domestic product.
Because of that economic situation, the country was able to put up infrastructure, most of which is still standing today.
Apart from founding our nation, his contribution to the liberation of Zambia’s neighbours and the rest of the world still ranks high.
Dr Kaunda’s name is well known in the neighbouring countries which Zambia helped in their freedom struggles. Today, they still acknowledge this help with some of them having named their streets after him.
It should be borne in mind that this struggle cost Zambia lives and money. It also impeded economic development. But this is a price KK was ready to pay on behalf of Zambians to help others on the continent to be free.
Zambia suffered the consequences of harbouring freedom fighters. The country was raided by the then rebel Rhodesian (Zimbabwe) government and the apartheid Government in South Africa.
Zimbabweans, Namibians, Mozambicans, Angolans and South Africans made Zambia their base for freedom. It was worthy support.
Many did not understand or appreciate why Zambia harboured these freedom fighters when it could have been easier to keep them away and enjoy peace.
But KK had foresight. His decisions are bearing fruit now. Today Zambians feel most welcome and at home in these countries because of what Zambia did for them.
It is easier, too, for Zambia to get into bilateral ties and blend in regional bodies.
Current leaders across the continent can, or should, learn from this foresight. Invest in the future.
Short-term rewards are good, but if they are not backed by long-term plans, the benefits are bound to be of no consequence.
And so as KK marks his unprecedented 95th birthday, let Zambians, Africans and the rest of peace-loving people learn from him.
The best birthday present Zambia and Africa can give him is walking the talk on biblical advice he has repeatedly given over the past five decades: “Love God with all your heart, with all your soul and with all your mind… love your neighbour like you love yourself.”

Infrastructure is PF gift to Zambians

Engineers must prove their worth
Market clinics a healthy development