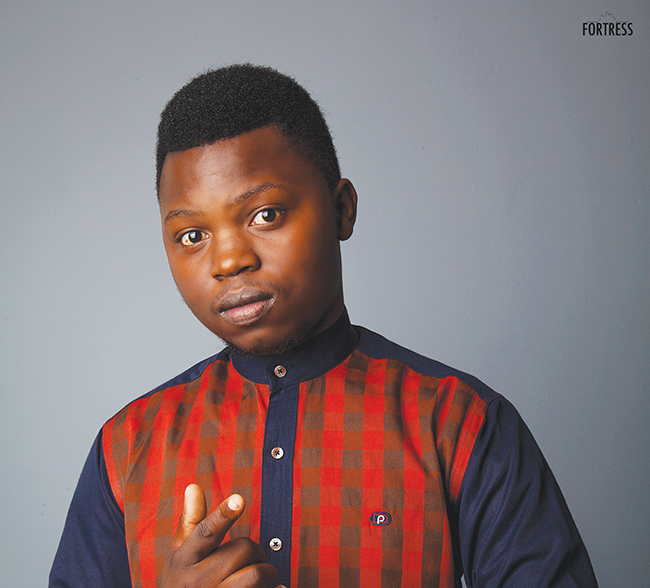 GOSPEL GROOOVES with GOSPEL GROOVES
AT 22, he is not ashamed to declare that he is the living proof of Jesus Christâ€™s revelation and for that, he is determined to be the â€˜salt of the worldâ€™.
Throughout his ministry, The Proof (Jonathan Sinyangwe) has always believed that â€œit does not matter what your matter is, for you will matter when your matter matters the mostâ€.
At the age of 12, The Proof was nurtured in the Shalom Embassy Church where he began worshiping and praising the Lord with gladness.
Now Shalom Embassy is no ordinary sanctuary because that is home for his father and Standing in the Gap Ministry initiator Pastor Sunday Sinyangwe.
Throughout his education at Chelston Basic and later South End Private schools, The Proof was also a true testimony as a child of God.
â€œI grew up in a Christian home, so even when I was going through my education, I had Jesus Christ in me,â€ he said.
At 13, the young minister of the gospel started playing drums in the Shalom Embassy praise team, an experience at which he looks back with nostalgia.
Inspired by some of the formidable global gospel artistes such as USAâ€™s T-Bone, The Proof has always looked to his father for mentorship.
The Zambia Centre for Accountancy Studies (ZCAS) marketing student is, seemingly, spending more time on his ministry than his marketing studies.
In 2008, The Proof kick-started his hip-hop-sauced gospel crusade with an awesomely talented trio called OG-Saints.
Comprising his cousins, Chanda Sinyangwe and Henry Lumbwa, The Proof went on to establish himself with some relatively teeny hits such as Praise the Lord.
â€œWe went through some seemingly amateurish hip-hop stuff, but then we had to set the trend as youths in the gospel ministry,â€ revealed The Proof.
Their songs, such as Vichitika Vintu and Drunk in The Holy Ghost, were soon setting the trio apart from other hip-hop gospel artistes.
Sadly though, in 2010, the members of the trio went separate ways with school taking-up much of their time, only for The Proof to return with some solo gospel slams such as Temple of The Holy Ghost.
Produced by No Doubt Studioâ€™s Simba, the song went on to chart well along with its sequel titled Thank You Lord, whose video made some â€œHoly Ghost noiseâ€ on Zambia National Broadcasting Corporation (ZNBC)â€™s channels.
â€œThank You Lord was some dance track, which I felt did not inspire me much despite making some fine appearances on the airwaves,â€ lamented The Proof.
In between his current studio works at Lota House, The Proof also recorded a single titled Mumaniona, but it was his studio magic with Mag44 that would transform him.
The first born in a family of three, The Proof is relishing his astonishing new video titled Follow Follow (featuring Mag44), which was due to premier on ZNBCâ€™s Born & Bred show on Thursday evening.
The song has instantly gone viral on itsretunes!
With most songs, such as his collaborated remake of Mumaniona (featuring Pompi) done, The Proof is looking forward to the release of his debut album.
The list of songs on his album will include Sanka Yesu (featuring gospel diva Carmine and Evans), You Make Me Wonder (featuring dancehall rapper Sobre) and the worship ditty titled Nearer To You (featuring Abel Chungu).
fmmusik@yahoo.co.uk, 0979360993/0964873656