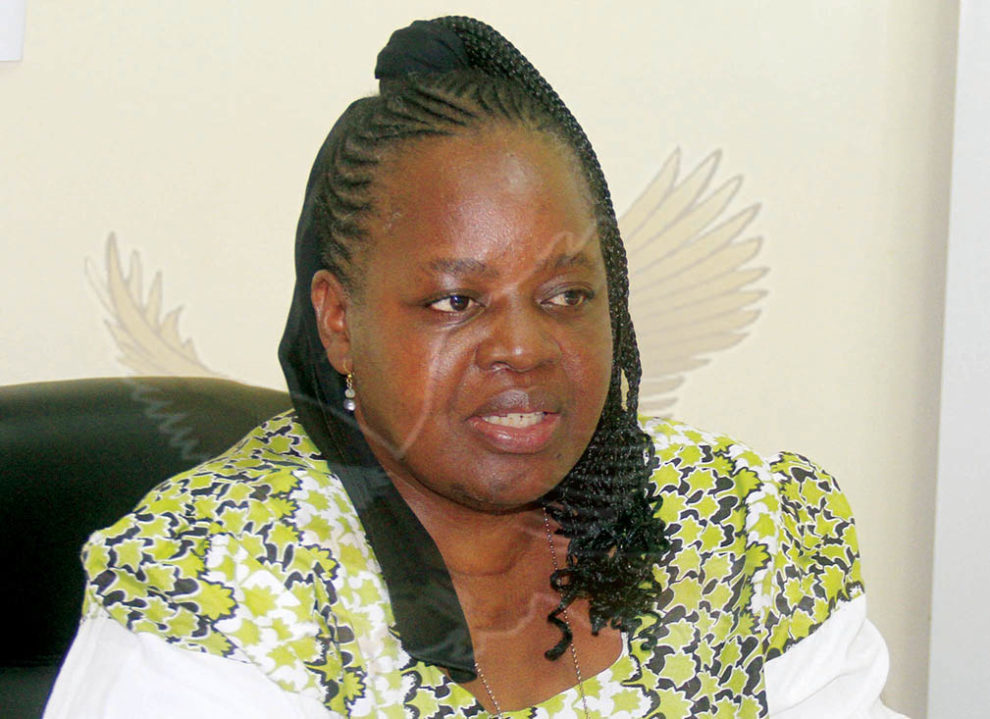 NKOLE NKOLE, Lusaka
THE beeping of machines in the Intensive Care Unit (ICU) at the University Teaching Hospital (UTH) is a sound Jacqueline Mulundika-Mulwanda has become accustomed to over the last 10-plus years.

She has also found herself in the rather uneasy position of being the bearer of bad news on different occasions as a result of being a member of the unit.
Most of her time is spent in the unit monitoring the respiratory progress of ICU patients and overseeing the administration of critical care.
For over 20 years, the UTH has been Dr Mulundika’s home ever since her graduation as Zambia’s first female surgeon in 1999.
She was cutting and stitching surgical patients for the first half of her career before switching departments on medical grounds.
In 1980, she was among the last group of youth to attend the Zambia National Service (ZNS) training that was compulsory upon completion of secondary school.
That was the year typhoid broke out in the ZNS Mansa camp, which led to Dr Mulundika’s camp in Solwezi being closed as well.
Because she already intended to study medicine at university, she registered as a student of Natural Sciences under the University of Zambia (UNZA), completing her medical programme at UNZA Ridgeway Campus in 1989 and then interning at the UTH.
After her rural posting at Siavonga District Hospital, she returned to UTH for her Masters of Medicine in General Surgery beginning in 1992.
“I remember one of our teachers, an orthopaedic surgeon, Dr Regisford, used to say surgeons are physicians who know how to cut. It’s like you know what everyone else knows but on top of that you have the skill of cutting or of doing surgery,” Dr Mulundika shares.
It occurred to her that in surgery, one may be overcome by the keen suspicion that something is not quite right but it did not end there as it would for a general physician.
A surgeon, she realised, could confirm whatever suspicion they had by going further and cutting up a patient without having to run a series of tests beforehand. This becomes especially handy for surgeons in emergency cases.
In those days, medical students specialised in surgery were few. Overall, the number of Zambian surgeons was underwhelming but hers was a group of medical forerunners.
Her class was tiny. There were only four students to be precise and she was the only other female student.
Later, her female colleague, Natalie, left for South Africa without completing the course but Dr Mulundika made it to the end, becoming the first qualified female surgeon in Zambia.
In Dr Mulundika’s time, surgery specialties like neurosurgery or orthopaedic surgery, for instance, all fell under general surgery and there weren’t many specialists.
The specific programmes under Master of Medicine being offered today were not running then. The general surgery units took care of everything, so Dr Mulundika and her colleagues became adept in different areas.
“We kind of learnt how to deal with neurosurgical cases whereby if someone is bleeding in the head or you have an orthopaedic case and you need to mend the bones, we could do that,” she explains.
During her training, there was only one qualified female surgeon named Professor Bailey in the Department of Surgery who stood out for Dr Mulundika because she was the only female among a group of white male surgeons at UTH.
“At least there was Professor Bailey, who was there before me and she was a very good surgeon, a very strict woman you know, amongst our teachers, so I didn’t think it was impossible to do,” she says.
Spending many hours with her two male colleagues in general surgery also led her to find love. She would later marry her male colleague and fellow surgeon, Jabbin Mulwanda.
Most of the senior doctors encouraged her surgical pursuits and she still remembers the first time she performed an appendectomy on her own.
“I was just being instructed by this doctor,” she recalls. “He was a white surgeon and he was telling me where to make incisions and was very encouraging.”
She also remembers the long nights: “When we were doing surgery and got into theatre, there were no breaks then. You would be in theatre till morning the next day. Maybe we would just tell ourselves to take a break for a few minutes and then we would continue,” she says.
The many hours of standing on her feet looking down at patients while performing surgeries have taken their toll on her back.
In 2006, she was diagnosed with a back problem leading her to take on her current administrative role in the critical care department.
When she was in training, the head of her General Surgery department, a Professor Krikor, used to be the head of the ICU department as well.
After Prof Krikor left, Dr Mulundika decided to fill up his shoes and went into critical care.
Before taking on her present role, she studied for her Master’s in Public Health at the University of Alabama in America in 2006.
Her last operation was performed in 2006 at the Arthur Davison Children’s Hospital in Ndola.
At 54, Dr Mulundika seems unfazed by the fact that she was the first female in surgery in Zambia.
Surgery, she says, can be done by anybody and if she was still able to operate, she would probably focus on breast disease.
“We still have a problem with breast cancer in this country and people not getting checked early,” she says. “I like oncology, although not all breast lumps are cancer and that would be a start. There is a huge focus on cervical cancer, which is a good thing, but it would be nice to actually have a breast clinic.”

Scramble for trading space
When Hugh Masekela played in town