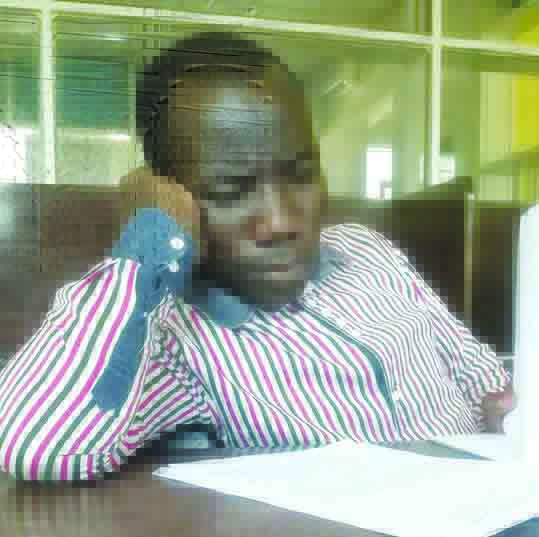 NDANGWA MWITTAH, Livingstone
AUSTIN Liwakala, 25, is a final-year student at David Livingstone College of Education (DALICE).
He is a former street vendor and today he is at the training institution in the tourist capital, pursuing a course in teaching.
We caught up with the enterprising Austin and he shared his somewhat unique story with us.
Born in 1992 to Liwakala Mungabwa and Nanzila Magumwi in Magumwi village, somewhere in Mwandi district in the Western Province, Austin’s childhood was not the easiest, especially after the death of his parents.
“I lost my parents at a very tender age when I was still in primary school at Magumwi Primary School,” he says.
“My father was first to die in 2003 and my mother followed two years later. I am the only one remaining, my young sister died in her infancy, too.”
“I moved here [Livingstone] just after writing my Grade seven exams, in 2005 with my father’s younger brother [Balumbi Mangabwa]. He was a businessman who used to travel a lot,” he says.
When the results came out, Austin was one of the best pupils at his school and was selected to go to Sichili Secondary School.
And his uncle promised to see him through, but that was only a promise.
“My uncle used to travel to and from the village dealing in cattle business. One time, when his marriage was degenerating, he went to the village and never returned,” he says.
That’s how Austin was left in the care of his aunt, with whom he had a somewhat sour relationship.
“I stayed at home for almost two years, somewhere between 2006 and 2007 before I moved in with my cousin and with time I started selling in a neighbour’s shop,” he says.
In 2008, luck struck.
His other cousin, only identified as Lubinda, decided to take him back to school.
Lubinda managed to apply and secure Austin a full government sponsorship through the Department of Social Welfare.
“I was too old for Grade Eight and that was how my cousin suggested that I skip Grade Eight and just go straight into grade nine”, he said.
With his good Grade seven results, he fitted in well in Grade Nine. He did well in his final examinations.
From there, he was selected to go to Linda Secondary School, where he went on to complete his secondary school education in 2011.
He says his time in secondary school was not the easiest either.
Austin narrates that he was at one point hit by a mysterious mental illness which he suspects was caused by a witchcraft spell cast on him.
“I don’t know whether it was out of witchcraft or what, but after I was selected to go to Linda Secondary school, I developed a mental illness which I feel contributed to my poor performance in the final exams,” he says.
“But after a series of prayer sessions with Pastor Emmanuel Sitondo, I became better and managed to have a full certificate. It did me really bad because I became slow at grasping things at school.”
He adds: “After the results came out, I only performed well in about three subjects. The rest were satisfactory, so I had to re-sit.”
But in order to re-sit the subjects, he had to raise money.
What better way to raise money than to become a newspaper vendor for the Zambia Daily Mail.
“I owe where I am today to the opportunity I got from the Zambia Daily Mail. Just by me being a vendor of the newspaper opened up a lot of opportunities and it is from that I managed to raise money to re-sit my Grade 12 examinations and save some to get me to college,” he says.
Nyambe Lungowe, a senior sales executive at the newspaper, describes Austin as “one of the most vibrant vendors the newspaper has had”.
Asked about life as a newspaper vendor is, Austin says it was always not rosy.
“It was not easy because at times you would have a lot of returns. But with time and on special occasions, you would find that you sell all the papers,” he says.
He also used to sell airtime.
His favourite ‘hunting grounds’ were the hotels, especially when there were conferences and meetings.
“Many times, we would go there and sell many copies,” he says. “Otherwise, I can’t say it was easy.”
Nonetheless, it would be a field day whenever there were government advertisements in the newspaper.
Advertisements such as military, public service commission or teacher recruitment exercises made the newspaper sell like hot cake.
“Those days I would sell a lot of copies,” he says. “The commissions were little but I still managed to raise money to re-sit and I even opened an account with Airtel Mobile Money where I used to bank my little profits.”
In no time, he managed to become a vendor for three other newspapers and he lived like that from December 2011 to 2015 when he was accepted to pursue a teaching diploma at DALICE.
“I am in my final year. I have done my first school teaching practice at Mwandi Secondary and I will be doing my final teaching practice at Simoonga Combined Secondary School.”
He is advising all those that could be going through hardships to remain steadfast and persevere.
“I think the greatest power one can ever possess is that fighting spirit and determination within themselves,” he says. He also says being humble and grateful to those that help you in life is equally important.
“I never forget people that were kind to me. That is why I always endeavour to show the same kindness in my own small

Bwana Njombe: Comedy is my office, passion
Kuku residents: To move or not to move?