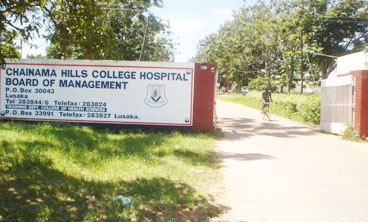 DOREEN NAWA, Lusaka
CHAINAMA Hills Hospital in Lusaka says there has been an upsurge in the number of men being diagnosed with alcohol-related mental illnesses this year.

Hospital public relations officer George Tafuna says statistics indicate an increase from 385 recorded in the first quarter last year to 669 this year within the same period.
Mr Tafuna says alcohol abuse cases are the major reason for mental illness admissions at the hospital.http://epaper.daily-mail.co.zm/