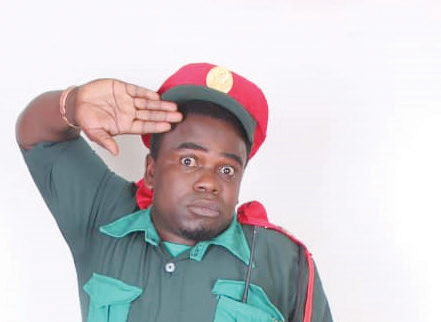 STAFRANCE ZULU, Kalulushi
SOMETIME in 2012, Paul Lukwesa was in the central business district of Kitwe trying to withdraw money from a Finance Bank ATM when he saw a poster inviting prospective actors for auditions.
Despite not having any previous experience in acting, Paul, who acts as Alibaba the platoon commander in Security Guards, one of the many Zambian productions on Zambezi Magic, decided to give it a go.
“It was that poster that made me think I could try out as an actor,” he says. “I did not go into acting for an income. My business was doing fine at the time. [Although] I had no prior acting experience, I relied on my real life attributes.”
The auditions were called by the Donton Brothers and Paul was auditioning for a role as a policeman in the movie titled Code of Destiny.
“I don’t usually smile in real life, so auditioning as a policeman was very easy for me,” he says. “I was picked and just like that, I found myself acting.”
Paul was born in Kalulushi in 1983. He is the ninth of the 11 children of Moses and Emesiya Lukwesa, both late.http://epaper.daily-mail.co.zm/