FOR individuals and corporates owing financial institutions, yesterday’s announcement by the Bank of Zambia (BoZ) that it was increasing lending rates from 8.5 percent to nine percent is bad news.
It is not something most may have expected. If anything, they were expecting relief through a reduction.
This turn of events is a blow for many because it translates to increased deductions or increase in the period of repayment of loans. For employees, the increased deductions mean a reduced pay package.
It is expected that the upwards adjustment of the monetary policy rate (MPR) will make the cost of borrowing higher and was necessitated by the escalation in inflationary pressures, which have pushed inflation further away from the six to eight percent target range.
Currently, the rate of inflation stands at 21.1 percent. This can only be reversed if there are more goods and services available for the money in circulation.
As discomforting as this situation may be, there is the bigger picture to look at; a picture that should ultimately be for the good of the country and its citizens.
The central bank is looking at long-term benefits of such policy decisions as it helps Government re-align the economy.
By increasing the lending rates from 8.5 percent to nine percent, BoZ is targeting at reducing money in circulation.
The monetary policy announced yesterday is aimed at reducing inflation to within the medium target of six to eight percent, and this could translate in reduced prices of goods and services, lower lending rates allowing businesses to borrow at affordable rates and reduced cost of doing business.
Reduced prices of goods and services will ultimately benefit the consumers, whose buying power will be enhanced.
The producer too will benefit because it will translate into massive production to meet the demand by the consumers.
Lowered lending rates will allow businesses to borrow to build their capacities and ultimately increase jobs on the market.
The benefit of reduced cost of doing business will entail more entrepreneurs coming on board to venture into various businesses.
This is the ultimate vision of the new dawn government to improve the economy of the country.
Turning around an economy is not an overnight undertaking. It takes prudent planning and implementation. This takes time, so there must be patience from everyone.
Increased lending rates from 8.5 percent to nine percent is the first measure BoZ has undertaken since the return of its governor Denny Kalyalya.
The Monetary Policy Committee also took into account the need to continue supporting growth and maintaining financial stability.
Citizens are expectant for more things to come from the central bank, whose role is to deal with monetary policy and controlling money supply, maintaining low inflation and steady gross domestic product growth.
On a macro level, the central bank influences interest rates and participates in open market operations to control the cost of borrowing and lending throughout an economy.
Lower inflation and lending rates can facilitate private sector growth, more jobs and increased government revenue.
BoZ, which provides an oversight to the Ministry of Finance, says inflation is projected to average 22.6 percent towards year end but is expected to decline to 15 percent in 2022 and to 9.3 percent during the first three quarters of 2023.

No compromise on vendors

Reaping from seeds of disregarded inquiries 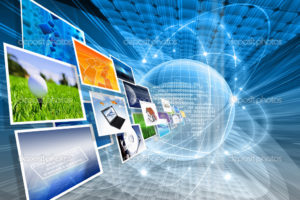 Good neighbourliness must be promoted
Harness technology for smart cities