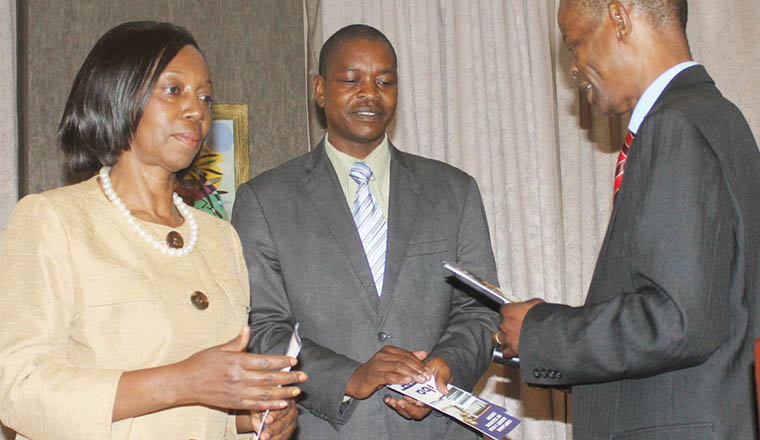 By STEVEN MVULA
The media must be loyal to the truth and not to individuals and their agendas, Minister of Information and Broadcasting Services Joseph Katema has advised.
Dr Katema, who is also Chief Government spokesperson, said the mediaâ€™s loyalty must be to the truth.
â€œMaintain responsibility. Your loyalty as the media should be to the truth and not individuals and their agendas,â€ Dr Katema said
The minister said this in Lusaka yesterday when he launched the Independent Broadcasting Authority (IBA) code of ethics and complaints procedure against radio and television stations.
Dr Katema said Government desires a free and independent media which will contribute to national development.
â€œGovernment is reassuring the nation that it has given the media leeway to operate professionally,â€ Dr Katema said.
He, however, cautioned the media not to abuse press freedom that the Government has allowed.
â€œPress freedom is not a blank cheque for you to write anything that is injurious to the nation. Exercise responsibility,â€ Dr Katema said
He said some people doubted when the Patriotic Front (PF) promised Zambians a free press three years ago but that the media is now free.
â€œThe launch of these two documents is a milestone in providing tangible regulation for the growth of the media in the country,â€ he said.
Dr Katema said the IBA will conduct countrywide tours to sensitise radio and television stations on the two documents.
There are 73 radio stations and 12 television stations countrywide.
Earlier, IBA director-general Josephine Mapoma said the ethical guidelines will among other things, censure discriminatory and hate speech.
Ms Mapoma said IBA has realised that there is a lacuna in programming and there have been a lot of complaints from members of the public.
â€œWe are aware that most media houses have their own editorial policies and by providing these guidelines, we are in no way suggesting that your various editorial policies are null and avoid. We merely expect you to domesticate them,â€ she said.
Ms Mapoma said the media industry in Zambia can only flourish if it works as a united force.
Deputy Minister of Information and Broadcasting Services Poniso Njeulu and permanent secretary Bert Mushala attended the launch.