NKOLE MULAMBIA, Ndola
CONSTRUCTION of Batoka Gorge Hydro Electric Scheme is expected to start in 2017 under a public private partnership (PPP) arrangement, Zambezi River Authority has said.
And a multi-donor trust fund for Co-operation International Waters in Africa (CIWA), administered by the World Bank, has financed the project through a grant of US$6 million for the preparatory works.
According to a communiquÃ© issued by the ZRA after a Council of Ministers (COM) meeting held in Livingstone recently, the project is aimed at increasing power generational capacity for Zambia and Zimbabwe.
The council met for the 33rd session to deliberate on policy, receive updates on current projects and to consider and approve the 2016 budget for ZRA.
The communiquÃ© was signed by acting chairman Alexander Chikwanda, who is also Zambiaâ€™s Finance Minister, and co-chairman Samuel Undenge, who is also Zimbabwean Minister of Energy and Power Development.
The COM noted that development of the project was being executed in three phases with part one involving updating of engineering feasibility studies, carrying out of environmental impact assessment studies and addressing the institutional legal aspects of the project.
Phase two comprised resource mobilisation and tendering while phase three involved construction and commissioning.
The proposed Batoka Gorge Hydro- Power Project is located on the Zambezi River approximately 54 kilometres downstream of the world-famous Victoria Falls and upstream of the existing 1,470 megawatts Kariba Dam hydro-electric scheme.
The project site is located across the boundary between Zambia and Zimbabwe.
The proposed scheme includes a 181- metre high dam, radial gated crest type spillway, two underground power stations on each side of the river with four 200 megawatts turbines installed in each, giving a total capacity of 1,600 MW for the scheme.
The scheme is designed as a runâ€“of-the river scheme with an estimated average energy generation of 8,700 gigawatt-hours per year to be shared equally between Zambia and Zimbabwe. 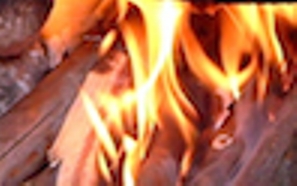