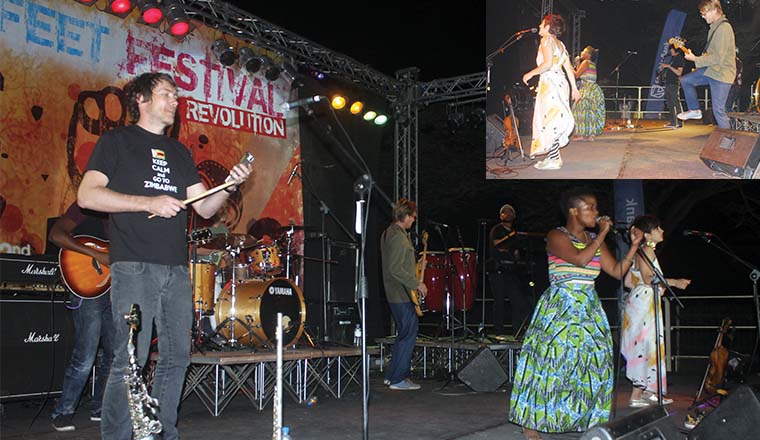 By KELVIN KACHINGWE
STARTING today, the 2012 Ngoma Award winning theatre company Barefeet Theatre will be hosting its eighth edition of the annual youth arts festival at various locations in Lusaka until Saturday next week.
The festival, a two-week event characterised by music, art, theatre, dance and film as well interactive workshops and debates which culminates into a carnival that affirms the spectacle and brilliance that is representative of Barefeet, has been held since 2006.
The festival is expected to take in 40 community performances for a start before its official launch today at Pestilozzi Childrenâ€™s Village on Twin Palm road in Lusaka with a Zambianised interpretation of the musical Oliver Twist, based on Charles Dickens novel.
Afterwards, the festival will re-awaken with â€˜Bring it on Zambiaâ€™, a community roadshow performance at Chawama grounds where a series of music and dance performances will be done for free.
Also on the programme are a series of public workshops by groups from Italy, United Kingdom and Barefeet and theatre performances of The Little Elephant by Teatro Testoni Ragazzi of Italy and Float, which Barefeet toured America and Europe with on their recent trip but has never been performed here before.
Other highlights include stand-up comedy at the Lusaka Playhouse, childrenâ€™s performances and the Barefeet Childrenâ€™s Councils Innovation Conference at the New Government Complex as well as an Open Mic at Chit Chat in Rhodespark where poets, music and spoken word artistes will grace the night.
On the other side of town at Lusaka Museum, a collection of local, national and international artistes will present a mesmerising blend of music, dance, circus, smoke, fire, lasers, puppetry and film.
The Wedding Party, as it is being called, will be a futuristic extravaganza featuring Most Wanted/ Dance Africa, The Burundi Drummers, Cactus Agony and a host of the Barefeet youth in a one-off spectacle of matrimonial curiosity.
â€œOn Friday, we are delighted to welcome the â€˜Doo be dooâ€™ and â€˜Waka Wakaâ€™ hit makers from South Africa FreshlyGround to perform in our Revolution Concert at the Civic Centre. Joining them will be Zimboita from Zimbabwe/Italy and Pompi with some other surprise appearances.
â€œThe final day of the festival (Saturday 30th) kick starts with the Revolution Carnival from Manda Hill Mall. Come dressed in costumes to win a prize and join over 2,000 others in a carnival of music, fire, noise, laughter and fun which is followed by a picnic and music concert which is free for all.Â Â  The festival will be closed off with a post revolution party at the Sky Bar in Roma,â€ says Charlotte Groen of Barefeet Theatre.
This festival is sponsored by UNICEF, Manda Hill Mall, Stanbic Bank, Fresh View Cinema, Alan Kerrins Projects, The Irish Embassy, HIVOS, Proflight, Intercontinental Hotel, National Arts Council and The Mackintosh Foundation.

Comedy starts on a good note at Frog