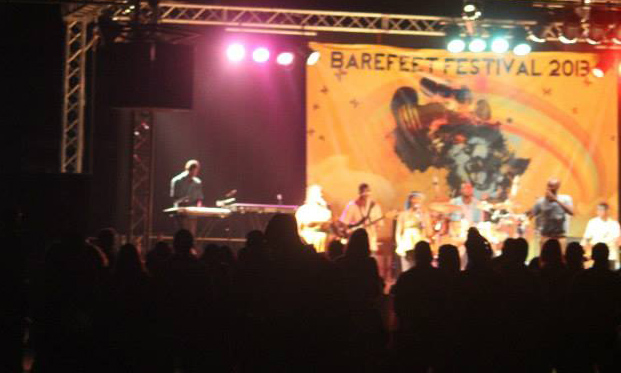 KELVIN KACHINGWE, Mpika
BAREFEET Theatre artistic director Adam McGuigan says the group has helped change the lives of its members because art has a way of pulling one back from the brink of hopelessness.
He says most of the founding members of Barefeet were once on the streets but have found art as a way of providing a corridor out.
â€œWhen Barefeet started we were all young idealistic artists with grand designs to change â€˜the worldâ€™, even from the beginning we could see the potential of connecting through art,â€ Adam says.
â€œI think that art connects to human beings in many ways, but music, drama, rhythm, visuals speak to the soul. Children are naturally energetic and curious individuals and unless you stimulate them into positive pathways their energy can get misguided and misinterpreted.
â€œThere is real power when a young person takes to the stage for the first time, thatâ€™s where we got our name. Having shoes meant dignity and most of the children on the streets didnâ€™t have shoes. Yet whilst we danced and sang, performed and rehearsed, we did so on our bare feet.â€
He says one thing they loved about themselves is the mixture of strength and vulnerability in the name, and after much discussion, they became Barefeet. However, Adam says children are treated with a professional approach when preparing a performance.
â€œI think that practically Barefeet approaches the work with determination and professionalism thus demanding much from members, perhaps in the process the art comes first rather than dwelling on where the artist/participant has come from,â€ Adam says.
â€œWe have built our methodology from scratch over the years, stealing from others and through our own discoveries. Largely inspired by Alex Mavrocordatosâ€™ exploration of participatory methodology, Barefeet have developed Participatory Process Performance (PPP).
â€œPPP draws together a range of Theatre for Development and Participatory Research methods. It is a process and product. Participants can tell their own story, highlight their own concerns and develop their own strategies amongst themselves, with their neighbours or with those who have influence over their lives. We have honed our techniques and learned from our mistakes. I think itâ€™s fair to say that Barefeet utilising storytelling as an integral devise throughout all of our interventions.â€