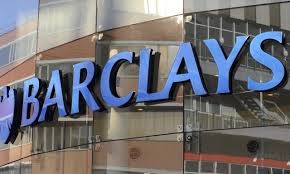 CAROLINE KALOMBE, Lusaka
BARCLAYS Bank Zambia has reiterated its commitment to achieving gender parity in the work place and bringing men on board to discuss issues pertaining to gender equality.
The bank says it aims to attain total parity in the work force by 2030 and to ensure this; 48 percent female and 52 percent male employees were promoted to various positions, demonstrating a notable achievement on this strategic ambition to increase female gender representation at all levels.
Managing director Saviour Chibiya, in a statement, states that: â€œBarclaysâ€™ management remains committed to addressing challenges in the workplace by creating an open forum for colleagues to come up with suggestions on improving gender equality. We will continue working with our partners to bring awareness on gender parity, while uplifting women in the business and our communities as we try to address the D&I (Diversity and Inclusion) concerns throughout society.â€
In support of gender equality, Barclays Zambia launched the United Nations (UN) HeForShe Campaign during the 2015 Womenâ€™s Day commemoration.
HeForShe is a UN global campaign to engage 1 billion men in the advancement of womenâ€™s rights.
Through this internal campaign, Barclays Bank Zambia aims to bring more men into the discussion around gender equality in the workplace and communities.
The overall proportion of female employee in the banking sector has increased to 45 percent in 2016, compared to 41 percent three years ago.
In 2008, Barclays launched the diversity and inclusion initiative as a way of harnessing the differences of people and creating a productive working environment which accords employees an equal opportunity to aspire, attain and excel in leadership positions as they strive to achieve diversity at all levels of employment from entry points through to management positions.