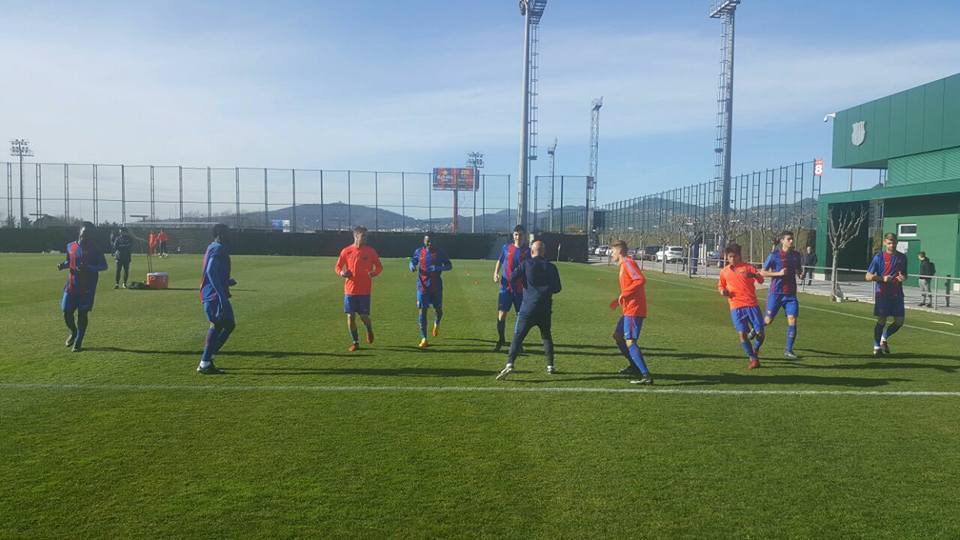 ROBINSON KUNDA, Lusaka
BARCELONA youth team yesterday exposed the under-20 national teamâ€™s weaknesses in a friendly played at La Masia Training Complex where soccer greats Lionel Messi and Andres Iniesta were groomed.
Having beaten Spanish side Tenerife and Swiss outfit FC Basel 1-0 apiece, the under-20 found Barcelona B side a hard nut to crack.
Messi and Iniesta feature for the Barcelona main team.
According to delegation leader Lee Kawanu, Zambia started the game on a shaky note and allowed Barcelona to dominate proceedings.
However, the junior Chipolopolo settled after 12 minutes and Crispin Sakulanda could have put Zambia ahead but his long-range shot was tipped for a corner.
Enock Mwepu and Joseph Phiri exchanged passes and set up Emmanuel Banda on 18 minutes but the midfielder shot wide.
Barcelona took the lead on 22 minutes and doubled the advantage on the half-hour mark.
The Spaniards completed the rout five minutes before half-time.
Zambia got the consolation through Mwepu, who sent a powerful shot into the corner from the edge of the box.
And under-20 coach Beston Chambeshi declared his charges ready for the Africa Youth Championship kicking off on February 26.
â€œThe boys played well. The referee gifted Barcelona the second goal but there is nothing we can do. We have learnt one or two things from the matches we have played here and thanks to the people that were involved in organising them,â€ Chambeshi said.
And national team coach Wedson Nyirenda described the Spain trip as a success.
Nyirenda said the team has met its target of equipping itself well for the junior championship.
The team is expected to return home tomorrow and will face South Africa in a friendly in Lusaka on Sunday.

Buffaloes opponents in Zambia to search for peace