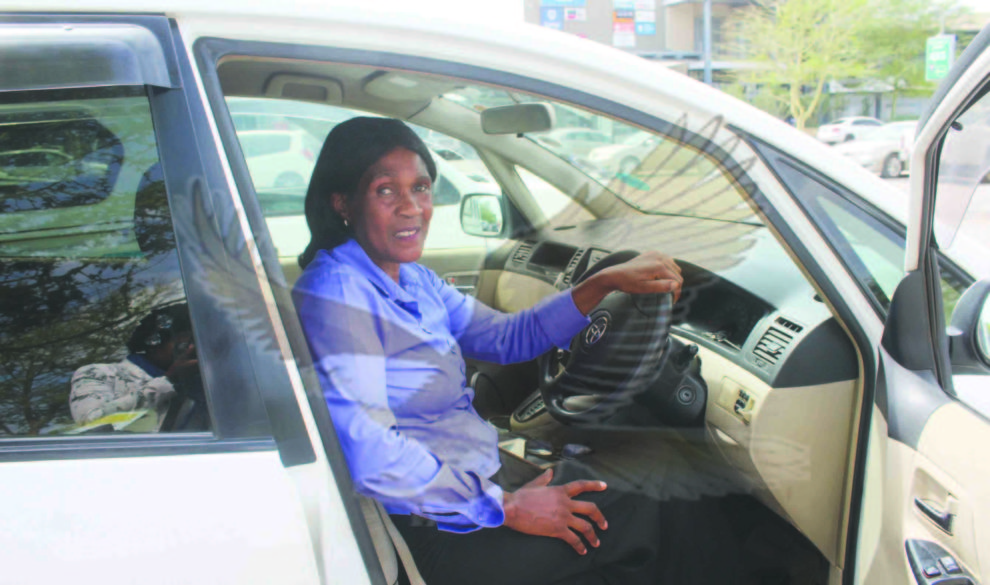 SHIKANDA KAWANGA, Lusaka
SIXTY- TWO-YEAR-OLD Shy Mukali will surprise you because she is a professional banker who has become one of Zambia’s few female taxi drivers.
She worked for Standard Chartered Bank for 23 years and served in various capacities in different parts of the country.
However, Mrs Mukali is not only one of Zambia’s few female taxi drivers, a sector dominated by men in this country.
Mrs Mukali, who has been a taxi driver since February 2016, says the business comes with its own challenges but it became less difficult after she joined Ulendo Taxi Services (UTS), which introduced an initiative called ‘Girls drive girls’ platform.
Ulendo Taxi Services is a mobile app which helps people to get a ride in minutes http://epaper.daily-mail.co.zm/