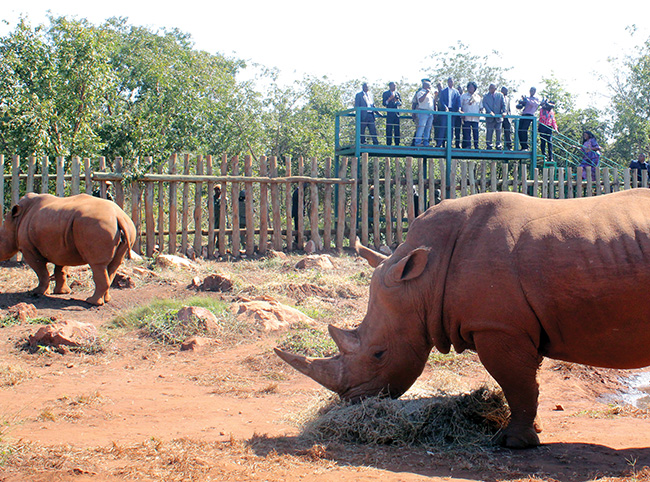 KELVIN MBEWE, MEMORY MANINGA, Chilanga, Lusaka
GOVERNMENT says it will use the money being generated from the newly-introduced tourism levy to restock tourism facilities countrywide to enhance domestic tourism.
And Government has called on stakeholders with a passion for wildlife to partner with Government to improve the sector.

Minister of Tourism and Arts Charles Banda said tourist facilities such as Munda Wanga Environmental Park will be among the beneficiaries so that they could effectively contribute to the growth of the tourism sector and the economy.
Mr Banda was speaking when he toured the park and offices of the Department of National Parks and Wildlife in Chilanga yesterday.
“Key on the agenda is improving infrastructure and apart from infrastructure, we need to restock the zoo… We have very few animals to call for the attraction of people to Munda Wanga. We need to step up efforts to put this place to the level where it ought to be,” he said.
“People must be able to see the type of animals that we offer from here, if they want to see more, they can visit the national parks. We need to have the most critical animals,” he said.
He said Munda Wanga has a lot of potential to be self-sustainable.
“This place can attract many people locally and internationally for tourists who cannot travel to national parks. People should not come here and regret, we have the infrastructure and the land here, all we need to do is to do some few touch-ups and make it attractive enough,” he said.
Mr Banda said improvement of the park will enhance domestic tourism.
“Domestic tourism must start from here; you don’t need accommodation to visit Munda Wanga. All you need is transport and a small fee, and you will have access to wildlife,” he said.
And director of the Department of National Parks and Wildlife Paul Zyambo said there are efforts towards sprucing the facility.
“We want to also work with donors and other people that will show interest in the facility,” he said.
And Mr Banda has called for the enhancement of public-private partnerships (PPPs) in the tourism sector if the sector is to contribute significantly to the country’s economic growth.
Speaking at the opening ceremony of the Zambia Tourism Agency (ZTA) East Park Mall information centre in Lusaka, Mr Banda said the tourism sector is critical to economic growth.
He said the enhancement of the PPPs will help to boost tourism development in the country.