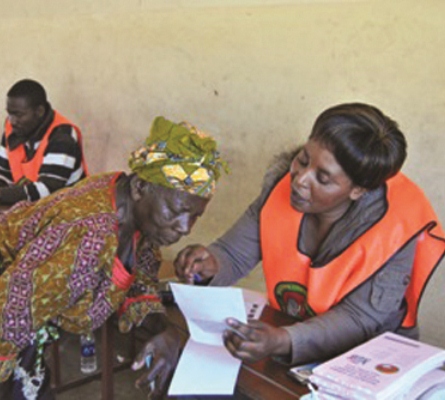 KELVIN CHONGO, Lusaka
BALLOT papers for the forthcoming parliamentary by-elections in three constituencies have arrived in the country.
Electoral Commission of Zambia (ECZ) public relations manager Chris Akufuna said the ballot papers were delivered at Kenneth Kaunda International Airport on Sunday.
The by-elections will be held in Malambo, Petauke Central and Mulobezi constituencies on June 30.
Mr Akufuna said political party representatives and ECZ officials witnessed the arrival of ballot papers at the airport.
He said all participating political parties have been invited to attend the verification exercise saying this is a necessary step for stakeholders to raise issues of interest in the electoral process.
Mr Akufuna said political parties should fully participate in the electoral process starting with the inspection of ballot papers.
He said some political parties have been shunning the exercise even after they have been invited.
Only officials from the Patriotic Front, United Party for National Development, Alliance for Democracy and Development and a representative of Florence Mwayopa, an independent candidate in the Malambo by-election, were present at the airport.