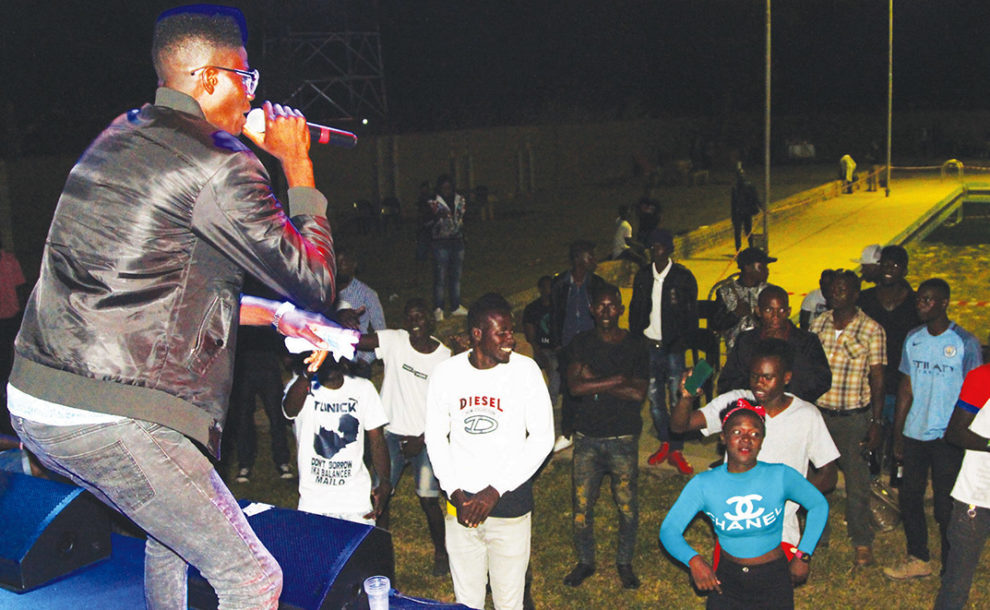 STAFRANCE ZULU, Ndola
HELD at the Ndola Swimming Pool, you would ask: What does the game of basketball and swimming pools have in common?
For this particular one, it is music.This was supposed to be the formal launch of the Ndola Kings and Queens Basketball teams. And indeed it was. But looked at from another prism, it was a musical show as well.
It was a continuation of the launch of the Ndola Kings and Queens Basketball teams at Savoy Hotel in the morning. In fact, the swimming pool affair was an after-party.
B1 was the main act. But he was not alone; T-Low, 408 Empire, Coziem, Mwila Mulenga and Chimpanzee were all on the menu.
That is a line-up of artistes from Lusaka, Kitwe and Ndola.
Ndola-based artiste Mwila Mulenga known for performing covers mixed with one or two of his own songs acquitted himself well.
The audience loved his performance.
That was before another home-grown dancehall talent, Coziem, stepped on stage. His song, Twikala Fye Umukumo was loved by the audience. The audience seemed to relate to it.
But the show was still in its early stages.
Kitwe-based outfit 408 Empire was craving to hit the stage. Eventually, they were given the freedom of the stage.
Their set included Royda, Chilepule baby, Bagai Mashilu and the latest Ileyenda Ilepya which is currently making some noise on some air waves.
There was more to come.
When T-Low, the Ndola-based artiste, took over from 408 Empire, he belted Ponya Ntole, Complicated and Because of You, which features Mumba Yachi.
T-Low usually performs outside Ndola, and last Saturday’s performance at the Ndola Swimming Pool was one of those rare appearances at what ideally should be his stomping ground.
On another day, it could have been a good day to end the show. Unfortunately or fortunately, Mr Perfecto B1 was yet to hit the stage.
And when he did, everything fell into place perfectly.
All the hit songs were delivered: Sikiliti, Perfecto and Show Me Your Money among others.
Chimpanzee was on hand to give him backing vocals.

Another Ozzy album
‘For a Long Time’ on video