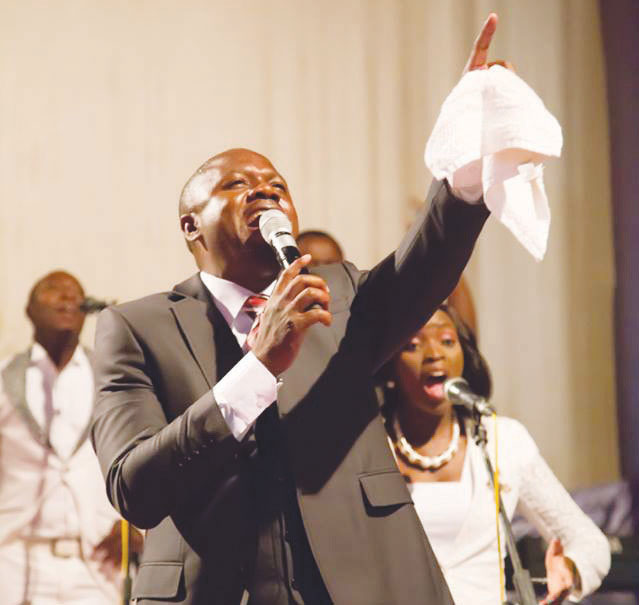 NKOLE NKOLE, Lusaka
AFTER losing his wife and daughter in the tragic Post Bus accident of February 2013, gospel artist and producer Ausward Chitete turned to music to find healing.
His fourth studio album, recorded after the accident, was released last year and occupied the number one spot on the Sounds Top 20 charts during the last four weeks.
Though the album called Yahweh has since dropped to the fourth spot after all Sounds outlets ran out of copies, its recent success follows Auswardâ€™s hosting of his biggest concert last May.
Ausward described the response shown by the public for his album in the last few weeks as overwhelming.
â€œPeople have really welcomed my music,â€ he said enthusiastically. â€œEverywhere I have been, the response is good.â€
In May, Ausward held the biggest concert so far inÂ  his music career at Lusakaâ€™s Woodlands Stadium, which drew a crowd of over 4,000 people. He too attributes the concert as reason for the recent success in sales of Yahweh.
The concert was promoted for two months and organised by Christian Arts Promotions (CHAPRO).
Ausward decided to bring the concert to Lusaka to break new ground musically as much of his music over the years has been performed in the Copperbelt.
â€œItâ€™s public demand that led me to hold the concert in Lusaka because people have been asking why I am so focused on the Copperbelt,â€ he shares.
He remains thankful to God and is also humbled by the support shown to him by fellow artistes.
Ausward has plans to hold another concert in Lusaka in October, which he promises will be huge, although a venue is yet to be announced.