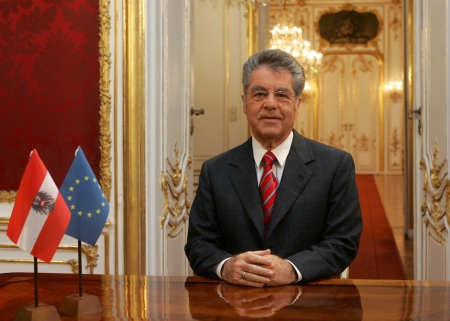 ELLEN CHIKALE, Vienna
AUSTRIAN President Heinz Fischer says supreme audit institutions (SAIs) have an important role to play in sustainable development and attainment of Millennium Development Goals (MDGs) at national level.
President Fischer said it is this realisation that anchoring of the role of SAIs in the MDGs could not only have assisted the United Nations (UN) in the implementation process of the MDGs but also provided development partners with reliable data on the use of development funds.
Mr Fischer said this here when he officially opened the 23rd UN and International Organisation of Supreme Audit Institutions (INTOSAI) symposium.
The UN/INTOSAI symposium is being held under the theme: â€œ UN post 2015 Development Agenda: the role of SAIs and the means of implementation for Sustainable Development.
President Fischer pointed out that if SAIs play this role, it would help create trust between the donors and the recipients of aid thereby consolidating development cooperation.
He said it is against this background that he fully supports calls for the strengthening of the independence of audit institutions in terms of democratic commitment and good governance.
And Austriaâ€™s auditor general Josef Moser who is also INTOSAI secretary-general underlined the key role of SAIs in ensuring that public resources are used for the benefit of citizens.
Dr Moser also stressed the critical contribution of SAIs to improve the results of development cooperation and strengthening of confidence in the government.
He reiterated that SAIs have a mammoth task to do everything possible to ensure sustainable development for guaranteed functioning of the states, especially as it pertains to providing children with sustainable development environment that makes them make their own decisions without the burdens of the past haunting them.
Dr Moser said the role of SAIs in the post 2015 development agenda is clearly provided for by the UN General Assembly resolution A/69/228 for December 2014,
He said Governments should be able to implement the requirements of the resolution
The UN sustainability development goals (SDGs) are currently being negotiated at the UN level and will be decided at the UN General Assembly in 2015.
As part of the UN/INTOSAI Symposium position the role of SAIs is being clarified and incorporated in the further process of the post 2015 development agenda.
This is because UN recognises the role of the independent audit institutions in the post 2015 development agenda.
The meeting has attracted more than 160 participants from 70 countries including 50 heads of supreme audit institutions, Auditors General, two UN under-secretaries general and other high ranking representatives from international organisations of the Inter-Parliamentary Union and the World Bank, among others.
Zambia is represented by auditor-general Anna Chifungula andÂ  director planning Louis Mwansa.