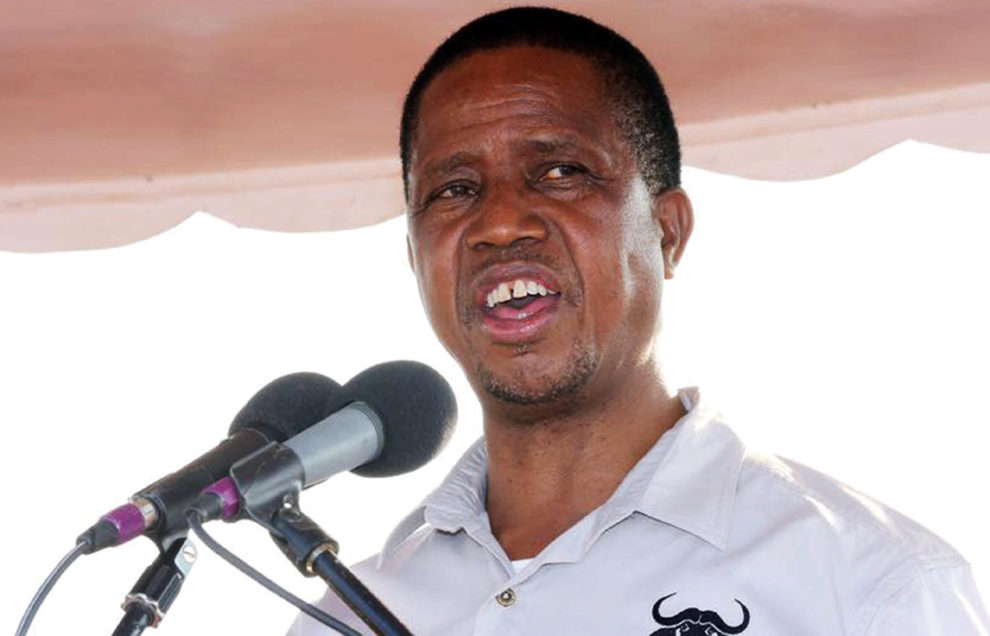 secretary-general Davies Mwila has said.
Mr Mwila said the meeting will provide an opportunity for the MCCs to positively contribute to the growth of intra-party dialogue and democracy in line with party president’s desire for an all-inclusive governance system.
He said in a statement issued yesterday by PF director for media Sunday Chanda, the meeting also resonates with President Lungu’s transparent and open leadership style aimed at serving the interest of the majority.
“In his [President Lungu] desire to entrench inclusive dialogue and promote robust and open debate in the party, His Excellency, the party President Mr Edgar Chagwa Lungu has strongly urged all members of the central committee to attend the July 2017 central committee.
“President Lungu is desirous to entrench a culture of internal debate and dialogue and this can only happen when members of the central committee, the highest policy making organ of the Patriotic Front pay attention to their duties and responsibilities as obligated by the party constitution”, Mr Mwila said.
He bemoaned the laisser-faire attitude exhibited by some members of central committee challenging them to heed President Lungu’s call by for full attendance and participation in meetings.
“This [attendance and full participation during the meeting] will enhance internal cohesion and the smooth implementation of policies and programmes agreed upon by the central committee in their collective quest to make the PF more people-driven, purpose-driven and service-driven,” Mr Mwila said.
He also warned that the party secretariat will not take kindly to any form of apathy from the MCCs because it is their constitutional obligation to attend and participate in this important gathering.
Mr Mwila encouraged the MMCs to fully participate in internal debates during the impending meeting and express their views as freely as possible no matter how divergent they could be.
He called for discipline by party leaders in the party.
“All MCCs, ministers, party officials holding positions at different levels in the party and parliamentarians are reminded to take lead in enhancing internal party cohesion, mobilisation and engender the necessary message of discipline for the Party to smoothly connect with the grassroots,” Mr Mwila said.
He reaffirmed President Lungu’s desire to entrench intra-party consultations as evidenced with the caucus meeting he held with MP’s last week.