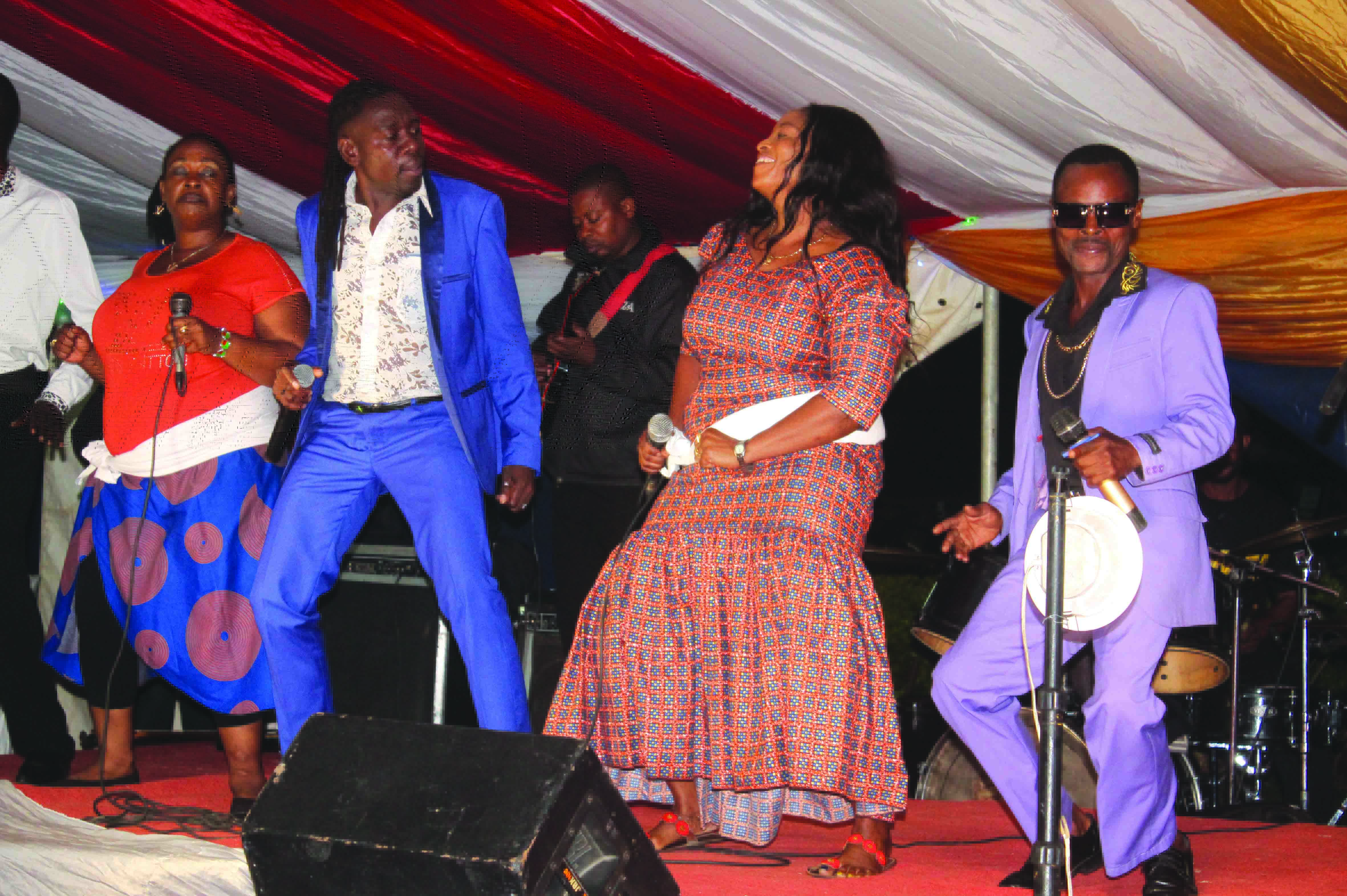 STAFRANCE ZULU, Ndola
ON FRIDAY night, they were performing at a well-attended show at UTH [University Teaching Hospital] Club in Lusaka, and the following day, which was New Yearâ€™s Eve, they were mesmerising hundreds of showgoers at Mukuba Hotel in Ndola.
That is Amayenge Asoza for you.
The Mukuba Hotel affair was a splendid performance which served as a New Year countdown making those in attendance to bid farewell to 2016 in grand style.
The parked event, aptly dubbed New Yearâ€™s Eve bash, saw a number of people from different walks of life turning up for the show. These included the mayor of the friendly city Amos Chisenga and his deputy Kennedy Kasaba who were the guests of honour.
Amayenge cannot be overawed by that; they have performed at more grand occasions than that.
Who do you call on to perform at the State Banquet if not the Asoza! They are the real sound of Zambia.
They are not called the evergreen for nothing; they lived up to their billing playing a number of songs that went down well with the audience.
At Mukuba Hotel, the Amayenge were supported by another legendary outfit, the award-winning Distro Kuomboka, which is the resident band at the hotel. Formed in 1979, Distro Kuomboka has a number of albums such as Dyonko, Twalebana, Toto-Mitala, Kaoma, The Best of Distro Kuomboka, Ichili Pamunobe and Lamba Bull.
For the non-regulars of Mukuba Hotel, it was refreshing for the band to play some of their well-known songs from these albums.
But the night did not belong to only these two bands; there was also the master of ceremonies John Kalumbi who was good at churning out jokes that kept the audience â€˜awakeâ€™ during the musical break by the two bands.
As part of the countdown to the New Year, the Ndola mayor led the procession to the poolside where fireworks exploded; a beautiful sight it was.
And yet, the fun was not over, Brighton â€˜Big Headâ€™ Sinkala stole the concluding limelight when he emerged to the stage after midnight led by uniformed state police officer and plain clothed body guard.
He had been performing at Savoy Hotel at a Mix Dinner Dance and later crossed over to Mukuba Hotel, where he immediately went down to business by unleashing his usual jokes.
Who wants to go home in an atmosphere like that!