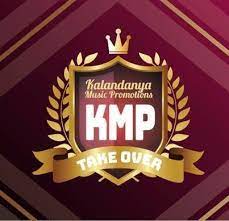 ONLY four out of the 37 artistes who benefited from the presidential arts empowerment scheme have started paying back the money they borrowed. National Arts Council (NAC) director Maanka Chimpindi says the 37, whose loans are due for repayment, are among the 54 artists who got loans from Government and working capital through the scheme. On August 12, 2020, Government released K30 million for 152 beneficiaries of the Presidential Arts Development and Empowerment Scheme. Before the money was released, the Citizens Economic Empowerment Commission (CEEC) and NAC partnered to disburse and manage the funds. Under the agreement, the artists were to get 70 percent of the funds worth of equipment and 30 percent working capital.
CEEC disbursed K9 million to the 54 artists as full payment for working capital and equipment, while 85 others received partial payments amounting to K15 million. In an interview, Mr Chimpindi said the repayment process has started on a slow note, and that CEEC will do its best to recover the money from artists. “We have been engaging the artists whose loans are due. Some of them have been reasonable and are willing to pay back. Others have genuine reasons why they have delayed to pay back. “I cannot reveal their names due to confidentiality issues in the contracts we signed with them, but we have made progress,” he said. Mr Chimpindi said there are some artistes who have remained problematic and, as such, they will be dealt with by relevant investigative wings. He said recovering the money is not meant to punish or disadvantage any beneficiaries of the initiative.
“When the money was being disbursed, the agreement was CLICK TO READ MORE

Comedy Lounge back at The Frog