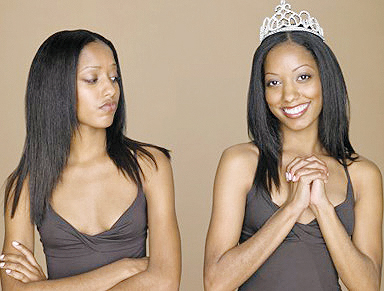 DOREEN NAWA, Lusaka
THERE is a belief that real women fix each other’s crowns.
But this seems not to be in practice following numerous complaints that women do not support each other.
This has created debate and it has become topical in the last few weeks.
Last week, First Lady Esther Lungu appealed to women in the country to stop the ‘pull her down’ tendency but unite and support each other in order to make a difference in their communities.
For Mrs Lungu, she feels women should support each other in order to contribute to the development of the country.
Her views are echoed by others.
Minister of Finance Margaret Mwanakatwe believes the ‘pull her down’ syndrome is too much to be ignored.
“The issue of women pulling each other down is too much, that is why we never talk about women and not talk about it. I understand that there has always been immense pressure on women to be perfect. But we need to prove ourselves by coming together, supporting each other and fighting our way to achieve what we desire,” Mrs Mwanakatwe says.
Women, out of being the marginalised, have come a long way.
Together, women created a fortress of validity for their beliefs and missions, and pulled each other up like a rising tide that lifts a boat, and sailed off to achieve their dreams.
For Mrs Mwanakatwe, when a woman realises a fellow woman needs help, that’s where other women come in to support, to make sure their confidence does not take a dip.
Mrs Mwanakatwe emphasises the need for women to make sure there is zero tolerance to oppression, and to speak up for other women when their confidence is mutilated even in the smallest of ways.
Certainly so, celebrating achievements of women, either personal or professional, and telling their inspiring stories of how they fought against all odds to reach the stars is a vital element in ensuring support and keeping the momentum.
And Zambia National Women’s Lobby board chairperson Beauty Katebe says one crucial thing is the importance of having support from the right people in one’s life, especially women.
Ms Katebe says a woman understands how to take ownership of her work, adding that apart from the women in your family and friends, the venture that one is running requires teamwork, which plays a crucial part, as it is often necessary for colleagues to work well together to give their best in any circumstance.
“Our idea should always be solving real problems of people. Women understand each other’s circumstances and prove to be each other’s keeper,” Ms Katebe says.
She says women are smart, brave, funny, ambitious and confident.
“Imagine what great things can happen when such dynamic forces join hands together to support and uplift each other. All that one needs is to share experiences, achievements and lessons or knowledge with the rest of us,” Ms Katebe says.
If the efforts of a few can bring about the change, imagine what great things can happen if each woman starts supporting the other.
The adage, ‘One woman’s success always helps another woman’s success’, seems to be falling short.
But for Non-Governmental Co-ordinating Council (NGOCC), all hope is not lost.
NGOCC chairperson Sara Longwe says encouraging fellow women to stand up for themselves and speak out for what they want can enable big leaps in developing gender parity at work.
“We do not need to pull each other down as women. We need to work together and ensure that we support each other both physically and morally,” Ms Longwe says.
But why is it that despite gender equality being high on the national agenda of most countries, when a woman finds her way to the top, other women do very little to support her?
Zambian National Men’s Network co-ordinator Nelson Banda says the issue of the ‘pull her down’ syndrome is the same world over.
Mr Banda says despite the ratification of several protocols that support the development of women like the Convention on the Elimination of all Forms of Discrimination against Women (CEDAW), there is no difference because women do not support each other.
For Mr Banda, the challenge is that women discuss personalities more instead of projects and career progression.
“As opposed to men, time is now for women to stop the ‘pull her down’ syndrome if they are to develop to their full potential,” Mr Banda says.
What other better time than this to introspect about challenges faced by women and the need to back them and reinforce their confidence in their abilities so that they can be leaders.
However, getting there has not been easy and may not be. Many Zambian women point to a lack of support and encouragement from other women.
Until women are ready to support and uplift each other, the fight for gender parity may not be achieved anytime soon.

A week of energy in Finland
Research on reducing maternal deaths, but…