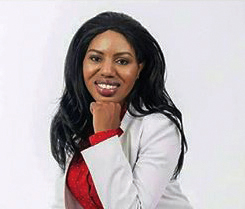 JACK ZIMBA, Lusaka
ON MONDAY, June 10, a female banker working for Barclays Bank, Longacres branch, gained access to the vault and got over US$400,000 in cash and disappeared into thin air.
Since the news about the bank heist broke on Wednesday morning, Pamela Gondwe has become an enigma, an instant household name, and a buzz word on social media platforms.
Yes, Lusaka has a new villain, and like all villains before her – from Jack the Ripper, DB Cooper to Nevers “Spoiler” Kapenda – either you hate them or you love them.
Pamela’s alleged crime has left the nation astounded and many outraged, but frankly, her audacity and sophistication have won her some hearts, too.
Someone has even suggested a movie about the bank heist with the title “The Zambian Job”, obviously drawing comparison with the 2003 American movie The Italian Job, where a gang of sophisticated thieves stole a whole safe full of cash in Venice, Italy.http://epaper.daily-mail.co.zm/