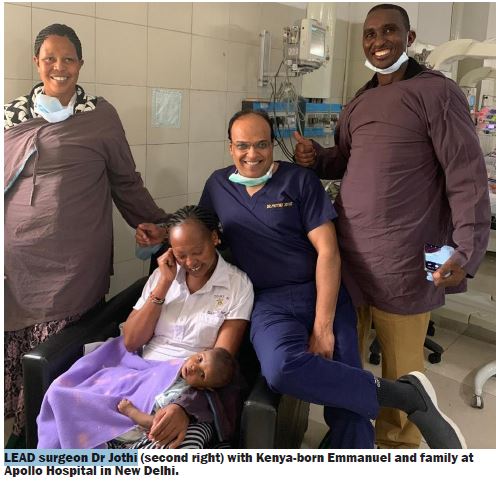 BWALYA NONDO, Lusaka
THE bubble has burst! Another dimension has been added to the Apollo Group of Hospitals’ fame in performing complicated surgery with resounding success.
The premier health facility’s art of surgical precision has yet again made global headlines by recording a rare feat in a delicate and life-threatening heart condition.
This involved a young Kenyan national whose parents had only been hanging to a lean thread of hope after doctors in the child’s native land had no more clue on the way forward to save the poor little soul. http://epaper.daily-mail.co.zm/