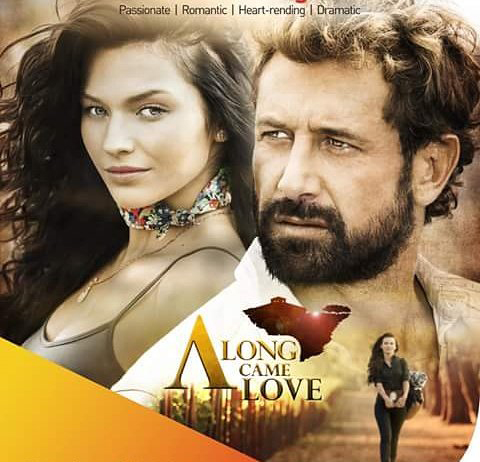 A NEW Mexican telenovela hits the small screen on Top Star in the form of Along Came Love a tale of love and intrigue starting in June.

TopStar has over 15 international channels including ST Novela that has recently aired the latest Mexican series Along Came Love – a gripping series about finding new love in the face of death, deception and family drama.
Vino El Amor (Along Came Love) is a Mexican telenovela produced by José Alberto Castro starring Gabriel Soto as David, Irina Baeva as Luciana, Cynthia Klitbo as Marta and Azela Robinson as Lilian.
David loses his wife Lisa in a seemingly unintentional accident, perpetrated by his obsessive sister-in-law and Elisa’s sister Graciela. David becomes depressed to such a degree that he begins to neglect his children and the vineyard he loves so much.
TopStar subscribers can tune into the show that airs twice at the weekend.
Meanwhile, TopStar has continued to provide free subscription on its TopStar DTT decoders currently on sale at K199 from outlets along the line of rail.
TopStar chief executive officer Leo Liao says the company is committed to providing affordable television to the Zambian public as part of the digital migration process.
TopStar is committed to promoting local content and prominent channels such as ZNBC TV1 TV2 and TV3, Revelations TV, Prime TV, TBN 1, CBC, QTV and City TV are included.
There are also international channels like IROKO PLAY, Nat Geo Wild, MTV Base, Jim Jam, France 24, Kwese Sports, StarTimes World Football and StarTimes Novela. TOPSTAR

Chef187: The world at his feet
Rebranded Mosi thunders