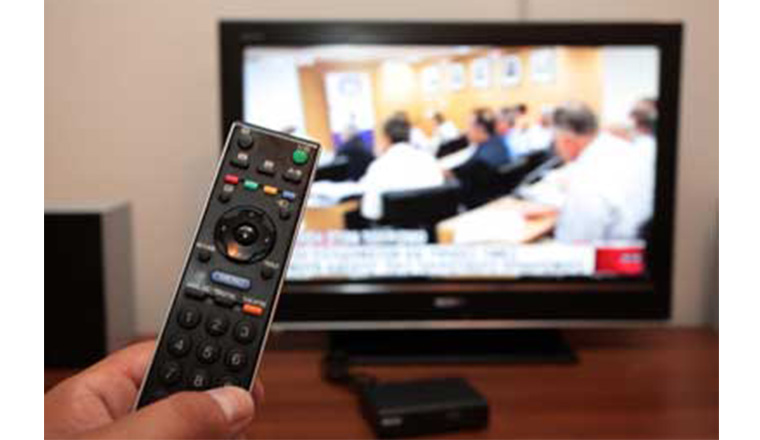 MWAZIPEZA CHANDA, Lusaka
AS ZAMBIA clocks another eventful year in the migration of television signal from analogue to digital, various stakeholders continue to map the way forward for the television broadcast industry.
Last month, Minister of Information and Broadcasting Services Dora Siliya hosted a conference on the Digital Broadcasting and The Impact on the Media in Zambia at which several aspects and trends of digital TV broadcasting were discussed.
“The purpose of calling this meeting – to bring us together – was to come and learn and it’s not surprising to see my colleague the Minister of Justice as well as Deputy Secretary to the Cabinet for Smart Zambia Dr Martine Mtonga … we thought of bringing everyone into the room and really discuss this sector in our country – the broadcasting sector.
“There has been a disruption to the traditional broadcasting sector. Even the traditional terminal, the TV set, have been joined by others. You have TV on mobile phones, videos on the computers, you have TV service on your I-pads, you have many others, and in fact, it is not just broadcasting that has been disrupted. I think the whole media sector has been disrupted by technology,” Ms Siliya said.
The Chief Government Spokesperson noted that there was need to revise legislation related to broadcasting and that the conference marked the start of planning for the future.
In a key presentation, StarTimes Group president Pang Xinxing outlined the irreversible trends of broadcasting and TV digitalisation.
Speaking shortly after a presentation from two Kenyan experts who highlighted some of the practical and legal challenges faced in the digital migration process, Mr Pang outlined the three key areas to be considered in the broadcast sector.
“The African ICT sector has enjoyed rapid development in the past 10 years, with the telecommunications industry rapidly soaring from 2G, 3G and 4G.
“Changes to the broadcasting sector include digital terrestrial transmission (DTT), direct to home (DTH), over the top (OTT), while the internet and internet-based applications (APPs) have also grown,” Mr Pang noted.
He said development of the ICT sector had greatly pushed Africa’s development forward and that general trends in IP-tisation of networks, increase in video-based data, roll-out of wireless technology and smart terminal devices would forever change the ICT sector.
The world-wide digitisation process is being undertaken to free up spectrum for the growth of the information technology industry. The transition to digital terrestrial television broadcasting is a process, requiring the involvement of legislators, regulators, broadcasting companies (content producers, broadcasters and network operators), manufacturers as well as viewers.
“More African countries are seeking to achieve a complete digital switch but have faced challenges in terms of technology, infrastructure and financing,” the StarTimes president said.
StarTimes has established itself as a formidable technology company that has helped several African countries realise digital migration through various methods.
In Zambia, StarTimes is the partner to Zambia National Broadcasting Corporation (ZNBC) in the special purpose vehicle, TopStar, that has been tasked to operate as a commercial entity to achieve national digital migration and operate as the public signal distributor.
Each country has its own unique situations but StarTimes has continued to prove itself as a reliable partner in the implementation of digital migration – with Tanzania fully migrated in 2015 and operations in several other African countries.
Transmission standards of broadcasting continue to evolve and by adopting a unified approach to adopting technology across Africa, the countries can achieve economies of scale and convenience of connectivity.
StarTimes has established an enormous network system which is able to provide service to tens of millions of subscribers. With a signal distribution platform, a Direct-to-Home satellite platform, and a digital terrestrial TV platform, StarTimes has made its signal available throughout the African continent, Europe and part of Asian continent.
Direct-broadcast satellite television, also known as direct to home (DTH), is delivering television programming using signals relayed from space radio stations (e.g. digital video broadcast – DVB satellites).
In DBSTV systems, signals are relayed from a direct broadcast satellite on the wavelength and are completely digital. Some transmissions and channels are unencrypted and therefore free-to-air or free-to-view, while many other channels are transmitted with encryption (pay television), requiring a subscription.
Digital Terrestrial Television (DTT) is an implementation of digital technology. DTT provides more channels and better quality of picture and sound, using aerial broadcasts to a conventional antenna (or aerial) instead of a satellite dish or cable connection. DTT is transmitted on radio frequencies through the airwaves, which is similar to standard analogue television except for one primary difference, the use of multiplex transmitters to allow reception of multiple channels on a single frequency range.
Currently the transmission standard for DTT is DVB-T2 H.264 but is soon to be upgraded to H.265.
For Zambia to realise a healthy and dynamic broadcast environment, Mr Pang proposed several policies that would ensure universal access to digital TV for all citizens as well as viability of content producers.
Since 2015 when 10 digital terrestrial transmitters were operating along the line of rail, Zambia now has 56 fully functional transmitters in a national network covering all 10 provinces. And over 15 local TV stations are now able to take their signal nationwide.
The broadcast industry requires an integrated solution that covers technical expertise, financing, operational techniques and training.
Mr Pang adds that rich TV content, extensive transmission network coverage, a sound marketing and sales system; substantial scale and dedicated staffing of a team with in-depth understanding of broadcast technology, management and operations are conditions necessary to succeed.
He suggested that various African countries remain mindful of their sovereign commitments by ensuring business models for digital migration and the broadcast sector be backed with public support.
Financing solutions towards the digitalisation of the broadcast sector has been taken in the form of government loans, private company investments and public-private partnerships (PPPs).