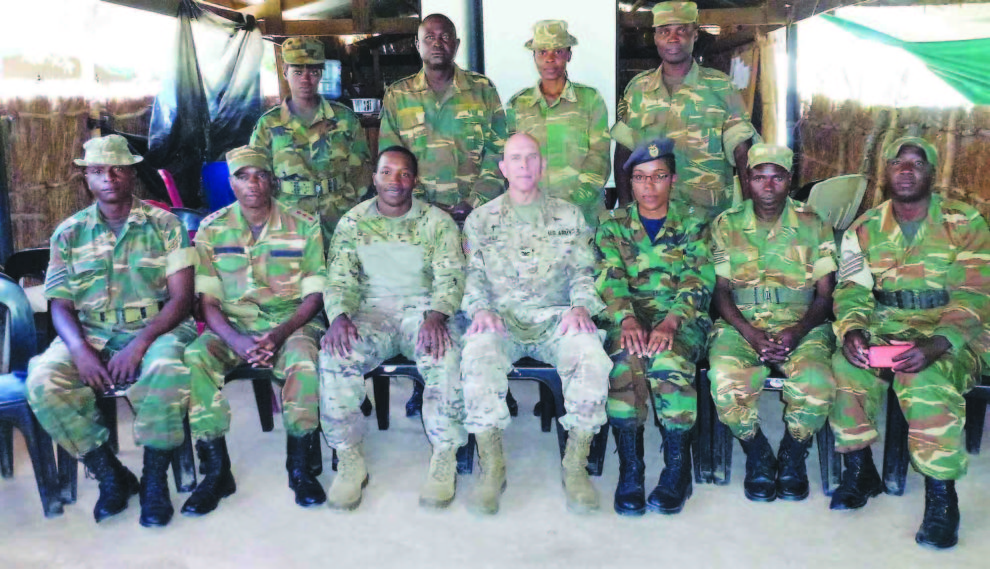 VIOLET MENGO, Lusaka
THE Zambian Defence Force has since year 2000 supported the United Nations (UN) peacekeeping missions on the African continent and have left a good reputation wherever they have been.


The UN peacekeeping helps countries torn by conflict create conditions for lasting peace. UN peacekeepers provide security, political and peacebuilding support to help countries make the difficult, early transition from conflict to peace.
Today Zambia is recognised and highly respected as a peace broker by the international community for the role she has played on the continent in countries plagued by civil strife and war.
The country has shown commitment to the maintenance of international peace and security.
Zambia has made numerous contributions to the UN peacekeeping operations such as observer missions and peacekeeping operations in many countries.
Defence forces have over the years embarked on peacekeeping missions to secure stability in war-torn African nations under the auspices of the UN.
Because of her participation in UN peacekeeping programmes, Zambia has earned a reputation of having well-trained, reliable and professional battalions.
Countries such as Central African Republic (CAR), South Sudan, Angola and the Democratic Republic of Congo have all received support from Zambia’s peacekeepers.
In the continued quest for peace in Africa and beyond, a Zambia Army battalion, ZAMBATT3, is this April beginning a year-long deployment to support the UN Multidimensional Integrated Stabilisation Mission (MINUSCA) in the CAR.
The CAR has been unstable since its independence from France in 1960. It is rich in diamonds, gold, oil and uranium, but has one of the world’s poorest populations.
The country was plunged into turmoil in 2013 when Muslim rebels from the Seleka umbrella group seized power in the majority Christian country. A band of mostly Christian militias, called the anti-balaka, rose up to counter the Seleka.
Soldiers have increasingly relied on chaplains’ guidance for spiritual fitness throughout their deployments during missions that have exposed them to political unrest and violence in several nations.
What image comes to mind when you think of a military chaplain? A priest on a beachhead administering last rites to gravely wounded troops? Or a minister in a foxhole comforting and praying with a dying soldier?
As Captain Paul McLaughlin reveals in his Peace Works Report, the role of the chaplain in today’s military goes far beyond such strictly personal religious duties.
Captain McLaughlin reveals a new role for the chaplain, serving as an invaluable liaison between military and non-military actors in peace and humanitarian relief operations.
And to ensure the ZAMBATT3 soldiers have the support they may need to provide protection in the CAR, a joint training between first class George Butler and Chaplain (Col) David Lile of the US Army Africa was conducted with the accompanying Zambian chaplain team.
The training session took place in Lusaka from March 13-16 and included chaplains from Zambia Air Force and troops who were preparing for deployment to South Sudan.
Some of the topics discussed include deployment cycle support and essential spiritual and moral leadership development for helping troops successfully complete the mission.
United States Army Africa (USARAF) command chaplain Col Lile said the training also focused on preparing troops to adjust to life after re-deployment.
“The requested spiritual and moral aspects of deployment cycle support training is critical for ZAMBATT 3 and ZAF chaplain teams, who will minister to UN ‘peace warriors’ deeply engaged in a rough neighbourhood on the continent,” he said.
“The reality of terror, trafficking and humanitarian disaster in CAR are well documented. Therefore, moving troops through a deployment as such, with a successful reunion back to Zambian home soil, takes a great deal of pastoral care.”
Col Lile said because the nature of their work encourages positive interaction between chaplaincies of all nationalities, chaplains are often afforded unique opportunities to collaborate with their counterparts across the globe.
“[Special staff] interactions between US chaplains and chaplains in every military on the continent — these are natural validated relationships that only personnel involved in ‘sacred space, sacred times, sacred objects and sacred personages’ can establish,” Col Lile said.
“Leveraging these interactions often allows command access to elements of country life that are normally difficult to achieve, or at a minimum, opportunities to ‘hear’ the voices of African troop life from a community building perspective.”
Col Lile also attributes the positive impact the USARAF chaplain team can have on African troops to the military’s commitment to their career field.
“The US military has deftly crafted the chaplain corps as an institution responsible for the religious needs of military community, as well as the moral and ethical leadership development, within the larger defence institution,” he said. “Most African military chaplaincies are in their infancies, in terms of institution building, within the larger defence institution building project. There is much to offer the continental mission in terms of institutionalising moral leadership development from the perspective of African military chaplaincies,” he says.

Zimba transformational agenda on course
Greed: Atom at centre of every corrupt act