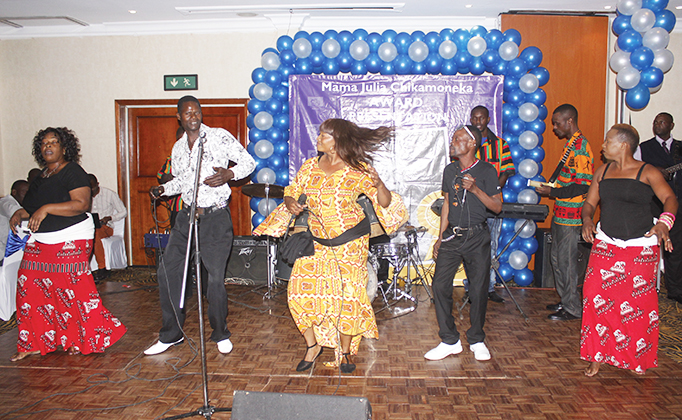 PETER CHIKWAMPU,Â  Lusaka
MUSICAL performances by the Amayenge Cultural Ensemble last Friday characterised the Independence Day celebrations organised by the Agricultural and Commercial Show Society of Zambia (ACSZ) in Lusakaâ€™s Showgrounds.
The band used the showing to sharpen its act for the following day at Heroes National Stadium where the grand performance for the national celebrations took place in the presence of President Lungu and his Swazi counterpart King Mswati III.
The band, in its top gear, mesmerised the ACSZ employees and onlookers with its tantalising skills. It would not stop amazing the audience especially with its styles by the dancing kings and queens.
The ACSZ employees could not resist joining the band on the dancing floor as they were clad in traditional attire with national colours.
Apart from joining on the dance floor, the audience sung along to show that they know the band and that they were with it as it entertained and reminded them of Zambiaâ€™s independence.
They sung along to Mao Mao, 2 by 2, Dailesi among others with Amayenge director and lead singer Alice Chali doing what she knows best in showing song selection.
It was all praises from the time the band took over the stage until the end of the two-hour performance from the employees who had free time away from their usual busy schedules from various departments of the ACSZ.
On the side of ACSZ, the drama group was on hand to perform a sketch showing why employees should celebrate independence and what makes it a public holiday.
For others from the audience and the employees it was time to showcase their different talents. This was in sporting events such as netball and football. There were also dancing and modeling competitions.