CHANDA MWENYA, Lusaka
NOTHING can stop the Amayenge.
If you thought Amayenge Asoza would not perform at Lusakaâ€™s Paddy Blues because of power blues, then you were mistaken.
The band is equipped with a back-up power generator, so despite the load shedding that was prevailing in the area, the show went on as scheduled last Saturday.
Just say they are professional.
In fact, Amayenge Band manager Fraizer Chilembo bragged that their gen-set that fully powers their music equipment, can run for eight hours straight.
At exactly 21:53 hours, the bandâ€™s keyboard player, Clive Hamainda, along with drummer Chabala Kamfwa, bass man Sam Chiluba, lead guitarist Darius Kalaba and rhythm man Jonathan Mhanga stepped onto the stage to entertain the â€œearly birdsâ€ to a fusion of kalindula-jazz instrumentals.
It was the drummer, Chabala, who stole the instrumental segment with his fascinating drumming prowess.
Doing the cover of Oliver Mtukudziâ€™s Ndima Ndapedza, Chabala rolled the sound combining the snare drum, the mid and hi toms, the floor tom and the ride.
At 23:00 hours, dreadlocked vocalist and choreographer Obed Chali led the remaining members of the band onto the stage.
However, it appeared like the Paddy Blues music stage could not properly accommodate the large Amayenge ensemble as other members were forced to stand behind.
Nonetheless, the band went on to play Chimandombi, a Luvale song that appreciates parents, before sampling another Luvale tune, Chifuchi, which celebrates the countryâ€™s freedom fighters.
The song is a new project on the bandâ€™s forthcoming album Chifuchi cha Zambia (The Country of Zambia). Then, the evergreen Amayenge played Kwabachikwakwa from their Matende album.
But what do you expect from a band that has been in the business for nearly 40 years with a string of singles and 24 studio albums.
At Paddy Blues, patrons were treated to a cocktail of Amayenge music and exciting choreography.
And as per tradition during the show, fans formed a circle as the band played Mao 2 X 2.
No blues obviously! 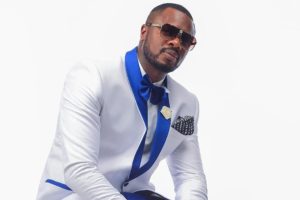