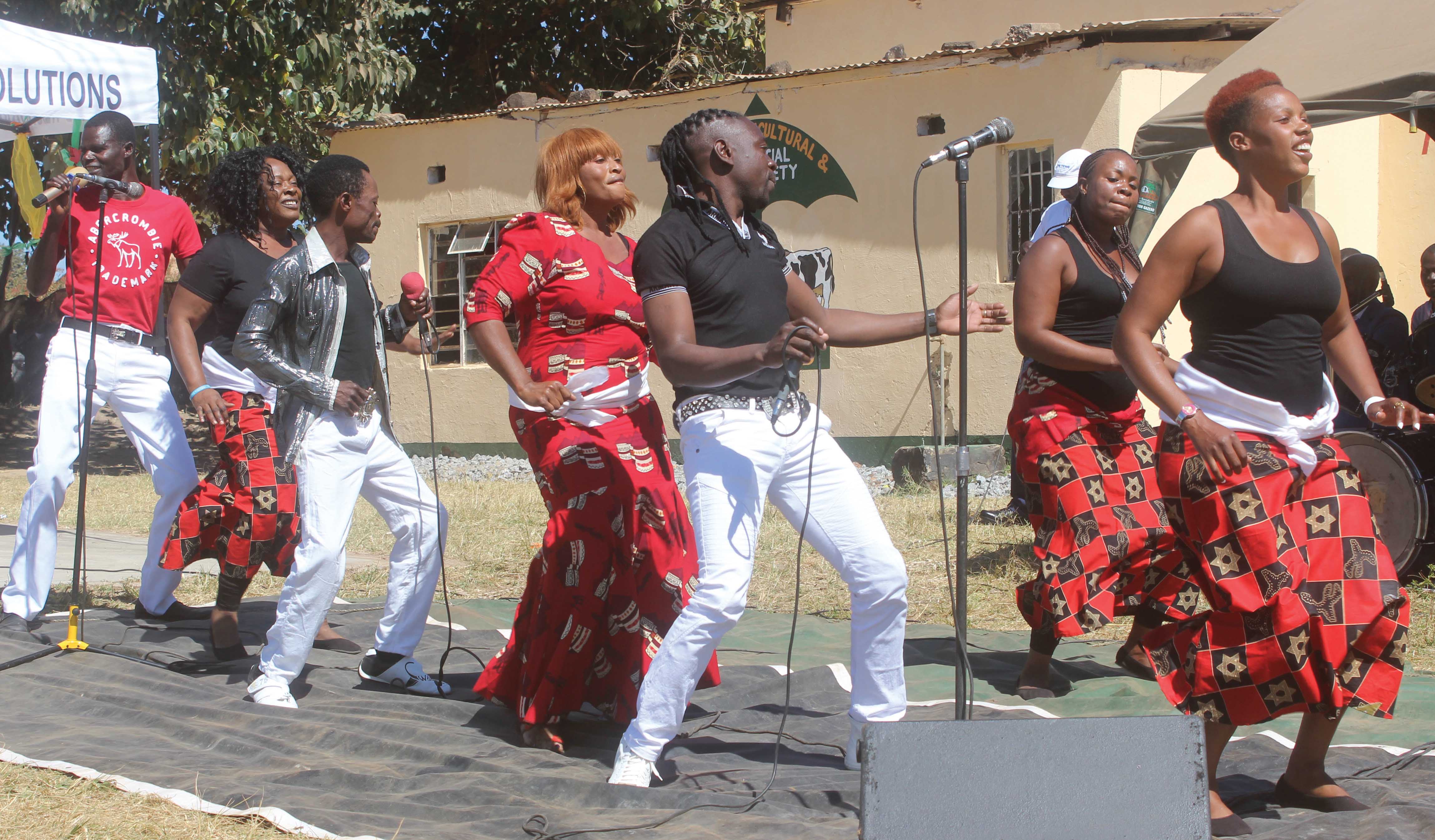 CHAMBO NGâ€™UNI, Kabwe
WHENEVER the evergreen Amayenge are performing, it is serious business.
The bandâ€™s latest performance was at the 50thÂ  Mkushi District Agricultural and Commercial Show held from Friday to Saturday and attracted about 15,000 people.
It was two days of live music of old and new kalindula songs.
Occasionally, the band members interacted with the showgoers who were invited to the dance floor.
Some of the songs performed were A Phiri, Olile Olile, Matenda, Dailesi, Munise, Mwo, Nekomokile, Saladewe Chimba and Batata Baliya.
On the second day, a local artiste Binno was on hand to add colour to the agricultural show.
And violinist Caitlin De Ville (left) put up a thrilling performance at the same event on Saturday.
Caitlin was performing at the annual event for the first time and her show was something different in this region.
When she took over, the complexion of the show changed dramatically.
The moment she thundered the strings of her dear violin, the showgoers and exhibitors could not resist the unique sound that everyone wanted to be associated with.
Caitlin opened her performance with the Waka Waka song by Shakira. She later dropped a cover of Enrique Iglesiasâ€™ Spanish song, Bailando, with ease as thrilled showgoers thronged the arena.
Clad in a black vest, a black legging and brown boots which matched well with the kind of music she was performing, Caitlin was a marvel to watch.
She performed for about 20 minutes during which she dropped about nine songs, among them Isis and Dangerous.
Caitlin punctuated her performance with well-calculated moves and dances as she passionately played her violin.
â€œItâ€™s the first time I am performing here,â€ said Caitlin in a brief interview after the performance.
Caitlin, who has been playing the violin since she was 13, said she has performed in many parts of Zambia and abroad.