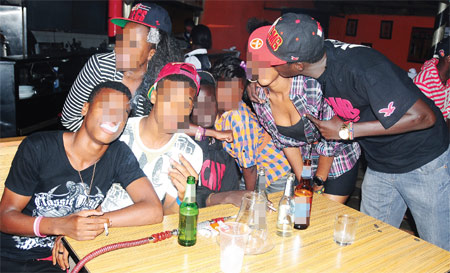 By KALUNGA MUSONDA
KABWE district commissioner Patrick Chishala has bemoaned the high rate of alcohol abuse among pupils in the district.
Mr Chishala said this has resulted in the poor performance of pupils during examinations in most schools.
The district commissioner said in an interview that most schoolchildren in the district have prioritised alcohol abuse, adding that absenteeism is another challenge.
â€œWe want our children to acquire quality education to secure a bright future but if they resort to beer drinking, what are they turning this country into?â€ Mr Chishala asked.
Mr Chishala said the district, which has the highest number of teachers in the Province, should have been producing the best results in the grade nine and 12 examinations but that this is not the case.
He said due to absenteeism, most pupils have resorted to using leakages during exams.
â€œPupils have resorted to using leakages during exams. This is unacceptable and those found wanting will face the wrathÂ  of the law,â€ he said.
Mr Chishala appealed to parents to take keen interest in the education of their children and ensure they attend class.
â€œExaminations are around the corner. This is the time that most pupils should concentrate on schoolwork as opposed to loitering in town,â€ he said.