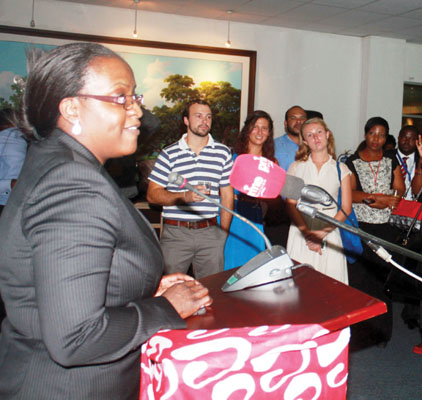 By STEVEN MVULA
AIRTEL Networks Zambia Plc has adopted Siasikabole Basic School in Southern Province, company corporate communications officer Joseph Kafwariman has said.
This is the fifth school that the mobile service provider has adopted under its â€œadopt a schoolâ€ initiative and an initial K150,000 will go towards the schoolâ€™s refurbishment.
In a statement issued in Lusaka yesterday, Airtel managing director Charity Lumpa said the Ministry of Education, Science, Vocational Training and Early Education has been instrumental in pointing out the most needy schools.
â€œOur partner the Ministry of Education has been very gracious to point to us some of the most needy institutions of learning throughout the country and in doing so contributed to Governmentâ€™s effort to uplift education standards in the country. â€œThe adoption of Siasikabole Basic School in Siasikabole village in Choma brings the total number of adopted schools under the Airtel Adopt-A-School initiative to five,â€ Ms Lumpa said.
She said the adoption of needy schools is part of the companyâ€™s corporate social responsibility and it focuses on supporting education for underprivileged children.
Siasikabole Basic School is situated in Choma rural. It provides educational support such as library facilities to other nearby schools and has over 750 pupils.
â€œAs we join the rest of Zambia in commemorating our 50th independence anniversary, our golden jubilee, we will continue to give back to the communities who have made us what we are today,â€ Ms Lumpa said.
Choma district education board secretary Mutinta Mubanga commended Airtel for adopting the school.
Ms Mubanga said the adoption will help the community in improving and providing quality education.
Other schools that have been adopted by Airtel are Kabumbu Basic School in Luapula, Lukalanya High School in Mongu, Mngoza Basic School in Petauke and Chikumbi Community School in Central Province.