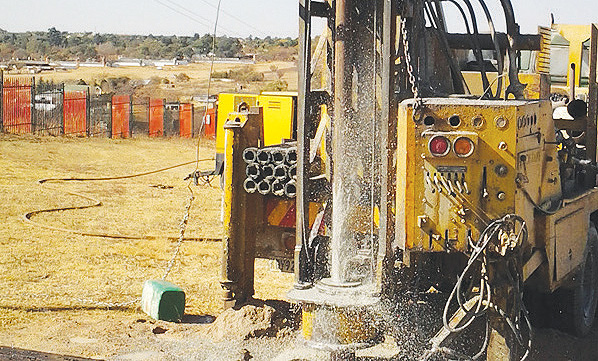 FRANCIS LUNGU, Lusaka
AN ARRAY of new taxes introduced and lined up by Government through the Zambia Revenue Authority (ZRA) has continued to make the tax collecting authority demystify measures that are aimed at compelling more citizens to participate in enhancing national development.
Government has over the years pondered on ways and means of broadening the tax base by capturing the informal sector in an effort to increase the resource basket and relief pressure on the smaller formal sector.
Towards the end of the third quarter in 2017, the ZRA unveiled taxes such as turnover tax, base tax, presumptive tax and withholding tax on rental income all aimed at widening the tax base for the Government to have more revenue collection options.
Additionally, ZRA has just introduced borehole tax which draws the requirement under section 10 of the Water Resources Management Act for everyone owning a boreholes to pay K833.33 to register it by August 16, 2018.
Environmentalists have voiced out concerns in the manner water drilling companies were indiscriminately perforating the earth especially in Lusaka where there has been widespread borehole sinking.
The Ministry of Water Development, Sanitation and Environmental Protection has since launched three statutory instruments (SIs) to regulate groundwater and borehole activities, licensing of drillers, and the revised raw water fees and charges.
Minister of Water Development Dennis Wanchinga said the SIs would ensure the regulation of drilling and adherence to laid-down procedures as regards utilisation of water resources.
Nonetheless, these taxes have brought about concerns from members of the general public, claiming that there has not been enough information from ZRA on how people should be meeting these obligations.
Topping the list of taxes that have brought about acrimony is the withholding tax (WHT), which is targeting landlords and tenants for them to register with the authority for rental income.
The law on WHT requires the tenant to be registered for withholding tax for purposes of accounting for WHT.
Although it is a primary responsibility of the tenant to withhold tax and remit to the ZRA, landlords may apply to the Commissioner-General for approval to receive gross rentals and account for the WHT on behalf of their tenants, subject to the conditions that the Commissioner-General may prescribe.
“As a tenant, I do not have sufficient information on this [withholding] tax. ZRA should carry out a sensitisation campaign to educate the people, otherwise we will be thinking that these taxes do not mean well,” Jane Musuka, a Lusaka resident said.
Costa Kansanje is another Lusaka resident who administers a family residential property that houses three tenants and feels ZRA has somehow informed the public over the withholding tax but that more needed to be done.
“If only ZRA can involve the communities, hold meetings with the people and explain to them the importance of these taxes, I do not see any problem with compliance. The information in the newspapers, radio and a few televisions adverts is not enough,” he said.
This lack of information exhibited by people like Musuka and Kansanje represents a huge population that could hold a similar viewpoint.
It is from this backdrop of inadequate information by the general public that ZRA Commissioner General Kingsley Chanda extended the period for registration given to all landlords and tenants that are not registered for WHT on rental income, from March 1, 2018 to June 31, 2018.
According to Mr Chanda, the extension is meant to allow tenants and landlords to prepare and register for this particular tax type as prescribed in Section 45 of the Income Tax Act Chapter 323 of the Laws of Zambia.
The law requires every person [landlord and tenants] within 30 days from first receiving taxable income to give written notice to the Commissioner-General of the Zambia Revenue Authority.
In further making the tax compliance expedient, Mr Chanda indicated that new offices have been opened at Lusaka City Council and that the authority has expanded its office at Ministry of Lands to serve more taxpayers in a convenient manner.
“The authority will further open new office centres in the Lusaka Showgrounds and identified shopping malls to enhance service to taxpayer’s countrywide,” he said.
The ZRA chief also thanked the taxpayers who have been compliant and the public for the overwhelming response in registering for withholding tax on rental income, which is not a new tax but has been in existence for a long time at the rate of 10 percent of gross rentals.
Earlier, the ZRA had outlined obligations for both the property owners and tenants, indicating that a landlord needs to register for income tax and obtain a taxpayer identification number (TPIN); provide their TPIN to the tenant, submit a provisional tax return (applicable to taxpayers registered for income tax); and submit an annual income tax return, making full declaration of the rental income and other income received during that particular year.
Tenants also have an obligation is placed to also register for withholding tax and obtain a TPIN; submit to the Commissioner-General, a withholding tax return within 14 days following the month of payment of the rentals.
A tenant is further required to deduct and pay the withholding tax amount within 14 days following the month of deduction; and give a copy of the receipt in respect of the payment and certificate of deduction to the landlord within 14 days of making the payment.
In enhancing collection tax, the authority intends to partner with the private sector by appointing them as tax agents to collect four different tax types from the informal sector on behalf of Government, according to ZRA corporate communications manager Topsy Sikalinda.
. “The intended appointment is part of ZRA’s strategy to broaden the tax base especially for the informal sector by improving the tax collection systems for various tax types that include: turnover, base, presumptive tax on taxis and minibuses and withholding tax on rental income,” he said.