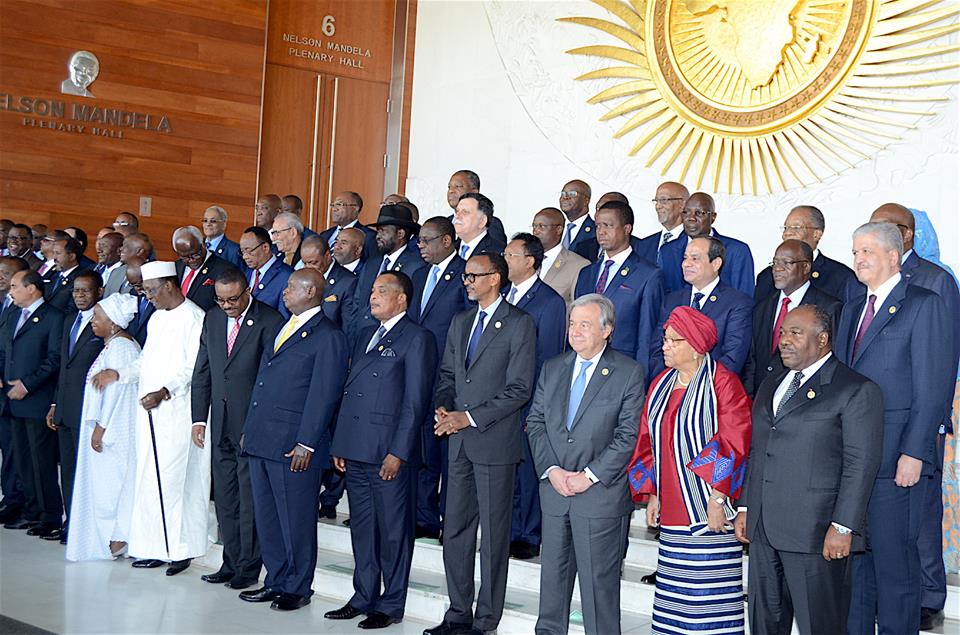 CHIMWEMWE MWALE, Addis Ababa
THE 28th Ordinary Session of the Assembly of Heads of State and Government of the African Union (AU) officially opened here yesterday with a call on African leaders to invest in youth to guarantee the future of the continent.
And Guinean President Alpha Conde has taken over as the new AU chairperson, taking over from Chad President Idris Deby, who has served the one-year tenure.
President Lungu was among heads of State and Government who attended the official opening of the continental assembly dubbed: â€˜Harnessing the demographic dividend through investments in youthâ€™.
Speaking before handing over the AU chairmanship, Mr Deby urged the continental body to develop yardsticks of what partners will be adding to the Agenda 2063.
Mr Deby said Africa requires more integration by introducing the African passport to ensure free movement on the continent.
He also said it is necessary to operationalise the African stand-by force to intervene in conflicts in some countries on the continent.
Mr Deby welcomed discussions the AU held with the United Nations (UN) on peace and security and commended the new UN Secretary General Antonio Guterres for understanding the concerns of the AU.
He said the AU considers Mr Guterres as a sincere and committed friend who is ready to offer a helping hand.
â€œWe also welcome efforts to end terrorism and radicalism in Africa,â€ he said.
He called on leaders to continue demonstrating pan-Africanism to the people and inspire hope.
â€œWe should keep that flame that was lit by our founding and forefathers in 1963 when the organisation was founded,â€ he said.
And outgoing AU Commission chairperson Nkosazana Dlamini-Zuma earlier acknowledged President Lungu as one of the recently re-elected heads of State attending the summit.
â€œThe people of Zambia and all Africans want you to work hard to uplift them to strengthen peace and to raise the dignity and wealth of Zambia and Africa,â€ Mrs Zuma said apparently in Bemba language before translating into English.
Dr Zuma said there is need for African leaders to commit to youth and secure the continentâ€™s future because it has over 200 million young people aged between 15 and 24 and that by 2025, a quarter of the worldâ€™s youth will be African.
â€œAs the rest of the world ages, Africa will remain a young continent. This is a comparative advantage we have, which must be translated into a demographic dividend,â€ she said.
And Mr Guterres commended African countries for being generous to host refugees and pledged to work closely with the AU to support its initiatives.
â€œI also look forward to working with you in empowering women because I believe that if you empower women, you empower the world,â€ he said.
President Lungu participated in the Southern African Development Community (SADC) heads of State consultative caucus on the sidelines of the assembly, which closes today.
The meeting was called to, among others, consult on the AUC elections for chairperson and commissioner positions.
Meanwhile, a prayer meeting was earlier conducted to pray for Godâ€™s guidance and wisdom among African leaders as they deliberate issues affecting the continent during the AU session.
Prayer meeting patron and former Nigerian President Olusegun Obasanjo read scripture from James 5:13 and called upon leaders to develop a culture of prayer before the summit among other endeavours.