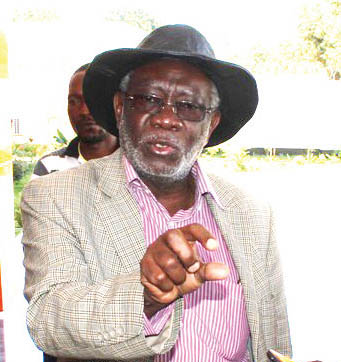 CHALI MULENGA, Livingstone
MINISTER of Labour and Social security, Fackson Shamenda, has called on African countries to urgently integrate formal and informal social security schemes in order to enhance protection for the vulnerable.
Mr Shamenda said one of the key challenges that social security systems in the region face is the fact that over 75 percent of the people who work in the informal economy are not covered by any form of predictable and organised social security.
He said this during the southern region technical seminar for international social security Association (ISSA) at Avani Hotel, in Livingstone on Thursday.
Mr Shamenda said social security has been recognised as a basic human right globally, and is enshrined in a number of international, regional and national legal frameworks.
This seminar is being held under the theme â€˜dynamic social security as key condition for inclusive societies and economic growth.
Mr Shamenda explained that in such an environment, the vulnerable are hit the hardest as they have no safety nets to see them through the difficult times.
â€œWe need to come up with measures to prevent our people from falling into abject poverty when faced with contingencies such as old age, disability, and maternity, among many others,â€ he said.
Mr Shamenda also said serious consideration should be given to interventions such as micro- insurance, mutual funds and minimum wage legislation.
He noted that countries in the SADC region must make sure the benefits of growth are shared equitably and that no one is left behind.
â€œWe have examples of how the social cash transfers are helping the most vulnerable in our societies, particularly, the aged, through the amounts the vulnerable receive. Some have managed to send their grandchildren to school, while others have managed to buy basic food stuffs for their homes.
Mr Shamenda said Government is cognisant of the various challenges that some of the local pension schemes face, including delayed pension payments, low benefits paid and the increasing actuarial deficit, especially in public pension schemes.
He said Government is undertaking comprehensive pension reforms and has adjusted the retirement age upwards to 60, while providing for early retirement at 55 and late retirement at 65.
Mr Shamenda further said other reforms earmarked for implementation include indexation of all pension benefits, establishment of a singular institutional and legal framework on social protection and promoting a stronger role for the private sector to manage pension funds.
The seminar has attracted participants the following countries; South Africa, Namibia, Mozambique, Swaziland, Madagascar, Botswana, Seychelles and Zambia.