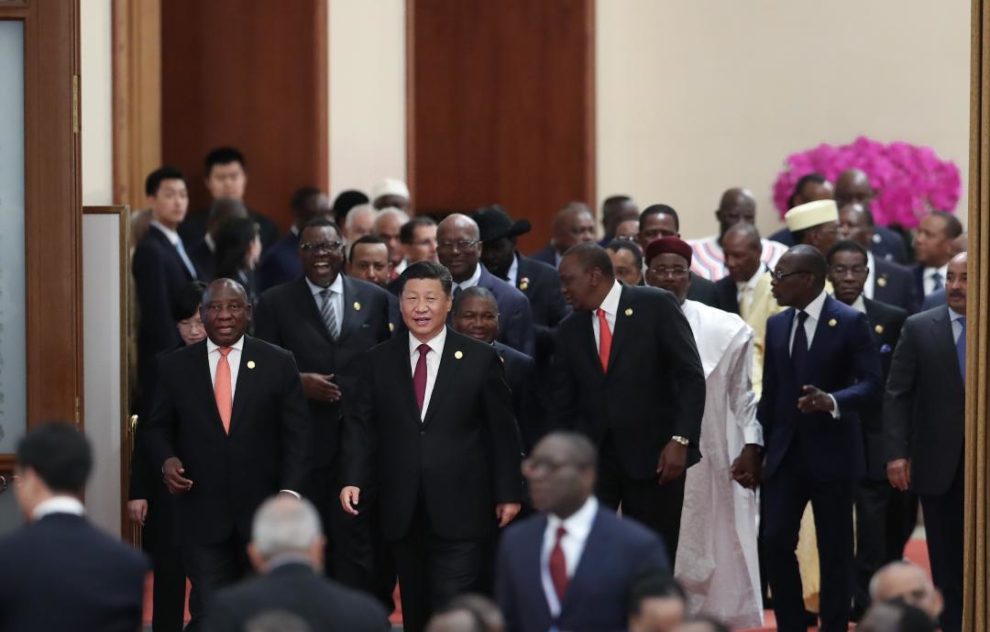 FOR a long time, Africa’s influence in global affairs has been underrated.
It is the reason Africa was discussed in past tense because few countries, especially those in the West, imagined the continent would be a factor in world affairs.
While this was on-going, China retained faith in Africa – in good and bad times.
That is why relations between Africa and China have remained steadfast – growing from strength to strength.
China and Africa meet regularly through the Forum for Africa-China Cooperation (FOCAC) to review their relationship. There are also regular bi-lateral meetings between China and the respective countries.
However, the aftermath of the 2018 FOCAC has met with a lot of criticism by some countries which claim that Africa is not getting good deals from China. In reality though, some of these countries are probably wishing that they were in China’s position.
Those opposed to China’s engagement with Africa have been trying to paint this new economic super power as a colonial power. They are uncomfortable about the generous loans it is giving African countries.
The reality though is that Chinese aid has contributed to a major and faster transformation of Africa through various projects across the continent.
Never before has Africa seen such accelerated infrastructure development, which many, including the critics, agree is key to the kind of economic growth that benefits most, if not all, citizens.
Some argue that the way to sustainable development is knowledge empowerment. That China is doing to. China is involved in capacity building of African manpower through its generous scholarships and knowledge transfer to thousands of African students.
Beyond that, China has been involved in outreach programmes such as seconding doctors as well as helping out where there have been emergencies such as the recent cholera outbreak in Zambia.
China also believes in non-interference in internal affairs of the countries where it is delivering aid, unlike some donors who set stringent conditions for aid.
This explains why Africa has refused to sit idly by its strategic partner, China, is being unfairly criticised.
The African Union (AU) member states have demanded for an end to negative publicity about the China- Africa relationship.
The member states are concerned about “bashing Chinese cooperation with Africa” by some sections of the media and Western countries.
They voiced this concern during a forum to review some resolutions of the 3rd Summit of the Forum on China-Africa Cooperation (FOCAC) themed ‘A new blueprint for a win-win cooperation and common development’.
The response is long overdue because Africa’s relationship with China is special. The continent should stand its ground even more firmly as it is bound to continue receiving flak form the critics.
It is up to Africans, and especially African media, to defend the continent’s highly beneficial relationship with China.
Africans and the Chinese know that this relationship is not without challenges. However, this is a relationship Africans should cement instead of succumbing to those that are unlikely to do as much as China is doing.
Africans will have to defend themselves against unfair business practices with the Chinese as opposed to being told what needs to be done.
Africa should continue with the spirit of non-alignment with any nation or any institutions.
This is why although China is more in the limelight of support for Africa, the continent has had good and fruitful relations with many other countries.
These good ties are reflected in the many projects across the continent and the support that is being given. The USA, the UK, the EU, Japan, Russia, Brazil, Cuba and several others have a footprint on the continent. That is the way it should be – embracing all who mean well for the continent and its respective countries.
British Prime Minister Theresa May recently showed that the UK will continue being Africa’s partner in various activities, including, and perhaps most importantly, the economy.
She undertook a trip to South Africa, Nigeria and Kenya in a gesture which signalled Britain’s renewed political and economic interest on the continent.
She is the first British Prime Minister to visit Africa since 2013. Over the years, there has been a remarkable decline in the UK’s influence over Africa. Is it any wonder that China has somewhat filled this void and several others?
In any case, Africa has the intellectual muscle to know what is good for it.

Let love lead
Development is task for Government and opposition