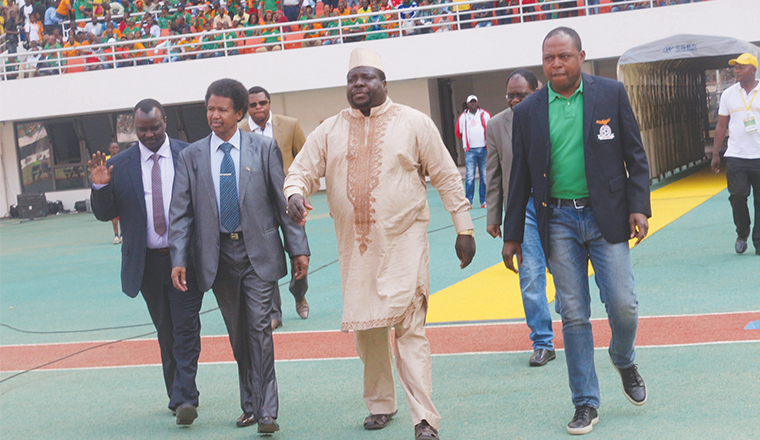 By ROBINSON KUNDA
FOOTBALL Association of Zambia (FAZ) president Kalusha Bwalya says qualification for the 2015 Morocco Africa Cup of Nations is still in the Chipolopoloâ€™s hands.
Kalusha said in an interview from Addis Ababa on Thursday that qualification for the Africa Cup of Nations is still in sight.
â€œZambia should not look at what other teams are doing. Qualification is in our own hands,â€ he said.
Kalusha said a loss and a draw were not results Zambians expected.
Zambia settled for a barren draw with Mozambique on September 6 in Ndola and four days later lost 1-2 to Cape Verde in Praia.
Cape Verde lead Group F with six points, Mozambique are second with two points, Zambia and Niger are tied with a point apiece.
Kalusha said the Chipolopolo still have all to play for in the remaining four matches.
â€œLike I said, it is not the start we were looking for. Still twelve points to play for. Qualification is a numbers game. We have to recover and pick up points,â€ he said.
Kalusha said the Chipolopolo have the pedigree to do better in the remaining four matches and qualify for the Africa Cup of Nations.
Zambia face Niger in Niamey on October 10, four days later host the West Africans and will be away to Mozambique on November 15.
The Chipolopolo will wrap up the qualifying race with a home tie against Cape Verde on November 19.