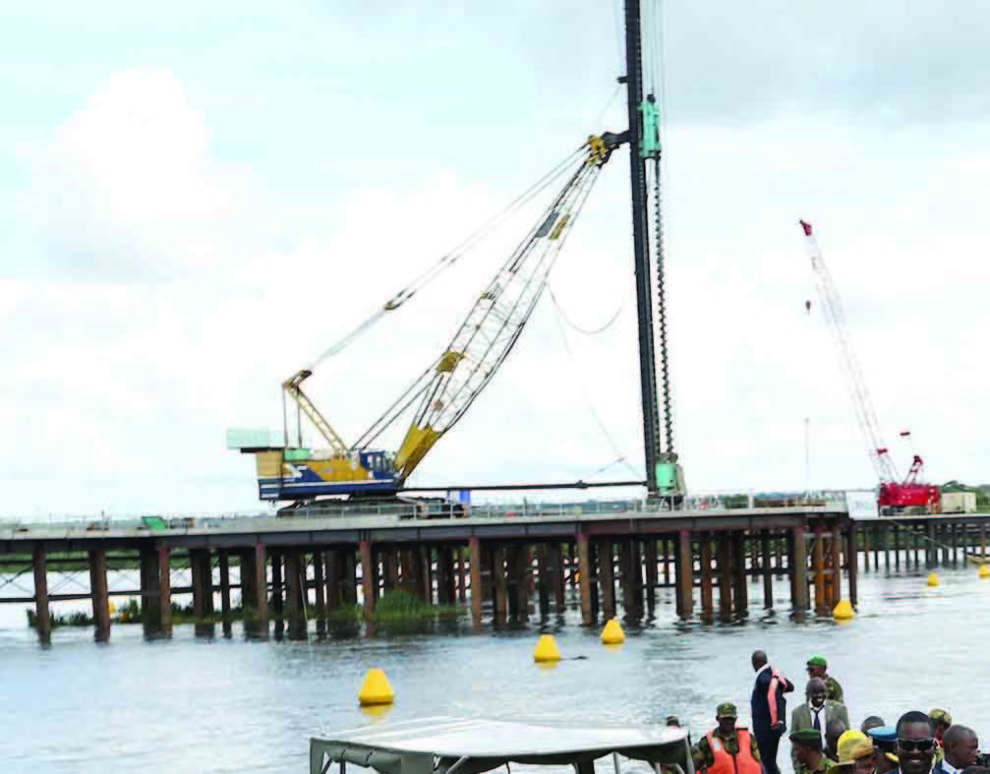 KASUBA MULENGA, Lusaka
LONG queues of trucks are a permanent feature on either side of Zambezi River at the confluence of four countries.Trucks carrying goods from South Africa to the Democratic Republic of Congo (DRC) and vice versa queue up to cross Kazungula Border between Zambia and Botswana.
It takes up to 12 days for a truck to move from Kasane in Botswana to Kazungula on the Zambian side because it has to wait for one of the two ferries, which only carries two trucks at a time.
The many days of time lag before finally making it to the other side of the Zambezi River decelerates trade in the Southern African Development Community (SADC), which detonated with the introduction of the SADC Free Trade Area in 2008.
But come 2019, the volumes of intra-SADC trade are expected to blossom with the completion of the 923 metre Kazungula Bridge project which started in 2014.
The US$161 million Kazungula Bridge curves at the convergence of Botswana, Namibia, Zambia and Zimbabwe, although the project is only being financed by the governments of Botswana and Zambia.
The African Development Bank (AfDB) and Japan International Co-operative Agency have financed the construction of one-stop border facilities on the Botswana and Zambian sides.
“This is my ninth day in the queue. When construction of the bridge is completed, we will be spending less time,” says Given Mwamba, an A&B Replacement Parts Limited truck driver.
“The paper work is done quickly but it takes many days for us to cross the river. This becomes worse when one of the two ferries breaks down.”
Mr Mwamba, who was recently found in a meandering queue in Kasane on his way to the DRC from South Africa, added: “Because of the long wait, I only do two trips in a month.”
There are some immediate paybacks of the Kazungula Bridge project. Some 1,200 villagers, artisans and civil engineers have been employed from both Botswana and Zambia.
Crossborder trade among citizens of Botswana and Zambia is also expected to boom when the bridge project is completed.
“It will be easy for us traders to cross the river because we currently use pontoons which stop operating around 17:30 hours when the border posts close.
“So, when you find the borders closed, sometimes we are exposed to robberies,” said 32-year-old George Chimbwe of Mazabuka in Zambia.
Mr Chimbwe, a lap top businessman, cannot wait for construction of the bridge to be completed as it will ease movement of crossborder traders.
Local communities, particularly women, are equally contented about the bridge project because truck drivers will not be spending many days before crossing the river.
“The longer truck drivers stay in queues, the more they indulge in illicit sex with other men’s wives. This fuels HIV and AIDS. Marriages are breaking because of the long-time truck drivers stay here,” said 58-year-old Mainess Sianaju of Kazala village.
But Ms Sianaju will be all smiles when building of the iconic structure finishes in the third quarter of 2019.
Despite a seven-month delay in erecting the bridge, supervisory consultants deputy team leader Michael Lear is optimistic the works will finish by August next year.
According to project manager Pius Seone, the bridge will have two lanes and has a provision for a railway in between.
So, the movement of goods around SADC member states will significantly increase because some of them will be transported by road and others by railway.
The construction of Kazungula Bridge is in tandem with the SADC Regional Infrastructure Development Master Plan (RIDMP) which facilitates development of cost effective trans boundary structures.
The RIDMP is part of the regional grouping’s Infrastructure Vision 2027 under which transport is one of the six pillars.
When completed, Kazungula Bridge will be central to the North-South Corridor as it is envisaged to quicken the flow of high volumes of traffic, boost economic growth in SADC and beyond, in readiness for the anticipated population growth of up to 72 million people by 2027.
The initiative to build the bridge is also in line with the SADC Trade Protocol, which is fundamental to regional integration.
This protocol was signed in 1996 with the aim of liberalising regional trade, reducing barriers between member states and stimulating production and economic development.
With the one-stop border facilities which will be built on both sides of the Zambezi River, truckers from down south through Botswana will no longer be required to do exit and entry formalities on both border posts.
Mr Seone, the project manager, said north bound trucks will cruise straight to the Zambian side where entry and exit procedures will be done.
“The same will apply to trucks carrying goods like copper from Zambia to South Africa. They will go straight to the Botswanan side where all formalities will be done,” he said.
This will eliminate duplication of processes, ultimately reducing time and increasing the number of cargo trucks crossing the river.
As champions of the Kazungula bridge project, Zambian President Edgar Lungu and the then Botswanan President Seretse Khama Ian Khama visited the bridge construction site in March this year to check on progress.
Although Zimbabwe does not directly contribute finances to the project, its leader Emmerson Mnangagwa joined his Botswana and Zambian Presidents when trio inspected works at the monumental bridge.
And the Botswana government considers Kazungula Bridge as a multi-national project which will improve trade relations among SADC countries.
“The project will facilitate trade through reduced transit time for freight and passengers including reduced time-based trade and transport costs,” it said.
“There will also be improved border management operations arising from the new one-stop border facilities.”
It added: “The project will contribute to boosting of the regional economy through increased traffic throughout the North-South Corridor and increased global competitiveness of goods.”
That is why cross border traders like 22-year-old Innocent Kamponde of Kasane cannot wait to see what some thought would be a failed venture finally getting completed sometime next year.