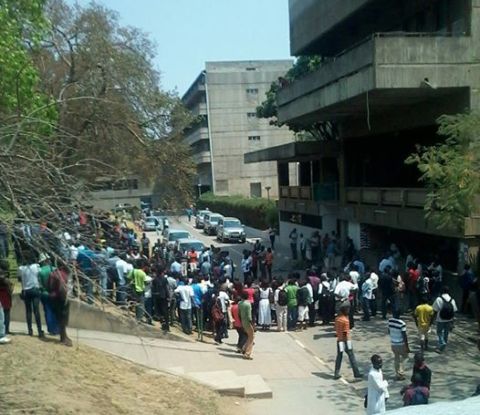 THE decision taken by Parliament to vote against reinstating meal allowances for students at public universities is inevitable at a time as this when there are so many competing needs against limited resources.
The private member’s motion moved by Kapiri Mposhi Member of Parliament (MP) Stanley Kakubo and seconded by Mulobezi MP Alfred Mandumbwa (independent) received 58 votes against 81.
Moving the motion, Mr Kakubo said abolishing meal allowances would negatively affect students’ performance because most beneficiaries come from vulnerable homes.
“There are many young people from poor homes that look forward to going to university. Abolishing meal allowances might shatter their dreams,” he said.
Seconding the motion, Mr Mandumbwa said abolishing meal allowances should have been done gradually.
While the arguments presented by the motion movers sound logical and appealing, they are detached from reality.
Government has made it clear that the reason for scrapping the meal allowances is to accommodate more brilliant but vulnerable students who enrol with other newly-established public universities.
The decision to scrap the meal allowances was necessitated by the extension of student loans to other six public universities besides the University of Zambia (UNZA) and Copperbelt University (CBU).
Minister of Higher Education Nkandu Luo justified, and understandably so, that the removal of meal allowances is aimed at accommodating more students on loan schemes and sharing costs with parents.
Government has committed to continue supporting students on the loan scheme with tuition fees, accommodation, book and project allowances while leaving the responsibility of upkeep to parents.
Government’s rationale is that it is better to reduce the amount of support provided to cater for a much larger group than lavish a small group to the exclusion of others.
Certainly, Government is focused on creating a greater impact by ensuring that more brilliant but vulnerable students are afforded an opportunity to acquire university education.
As rightly observed by Bwana Mkubwa MP Jonas Chanda, the country’s population has grown over the years and Government cannot continue to offer services which were being offered a long time ago.
“Way back, the population was small and that is why Government could manage to offer free things but times have changed,” he said.
For instance, at the time UNZA was being established in 1965, the country’s population was around three million but today it’s over 17 million.
It is not practical that the privileges that were enjoyed when the country and student population was small between the 60s and 80s can still be attainable today.
This is because with population growth, the demand on the limited resources becomes more. This demand is not only for education but many other basic services.
Government therefore shoulders the responsibility to ensure fair distribution and prudent use of limited resources.
As much as UNZA and CBU students deserve government support, other public universities too need this help.
It is therefore only fair that Government distributes the limited resources to all public universities fairly.
Acknowledging its limitation in terms of resources, Government is therefore asking parents to supplement its efforts by providing meals and upkeep for students on the loan scheme.
While the removal of meal allowances will affect those students from highly impoverished homes, Government’s hands are tied by limited resources.
This therefore calls for parents to reposition themselves and find ways of supporting their children in universities.
Parents with children on loan schemes should actually consider themselves privileged that their children are covered in terms of tuition, accommodation and project allowances though on loan basis.
Other parents with children on self-sponsorship have to fund everything from tuition to upkeep.
Students on loan schemes should also be innovative and use holidays to work or engage in business to raise money for upkeep during the school terms or semesters.
Companies should use their corporate social responsibility to supplement Government’s efforts by providing scholarships or cover the meal allowances which are no longer provided for. After all, the corporate world stands to benefit from the skilled labour force that is churned out of these universities.
Churches can also come on board by sponsoring brilliant students from vulnerable homes within the communities they operate from.
The extended family spirit should also be reinforced where the haves reach out to the have-nots.
This is the only way we will make strides towards having an educated populace much needed to spur the country’s development.