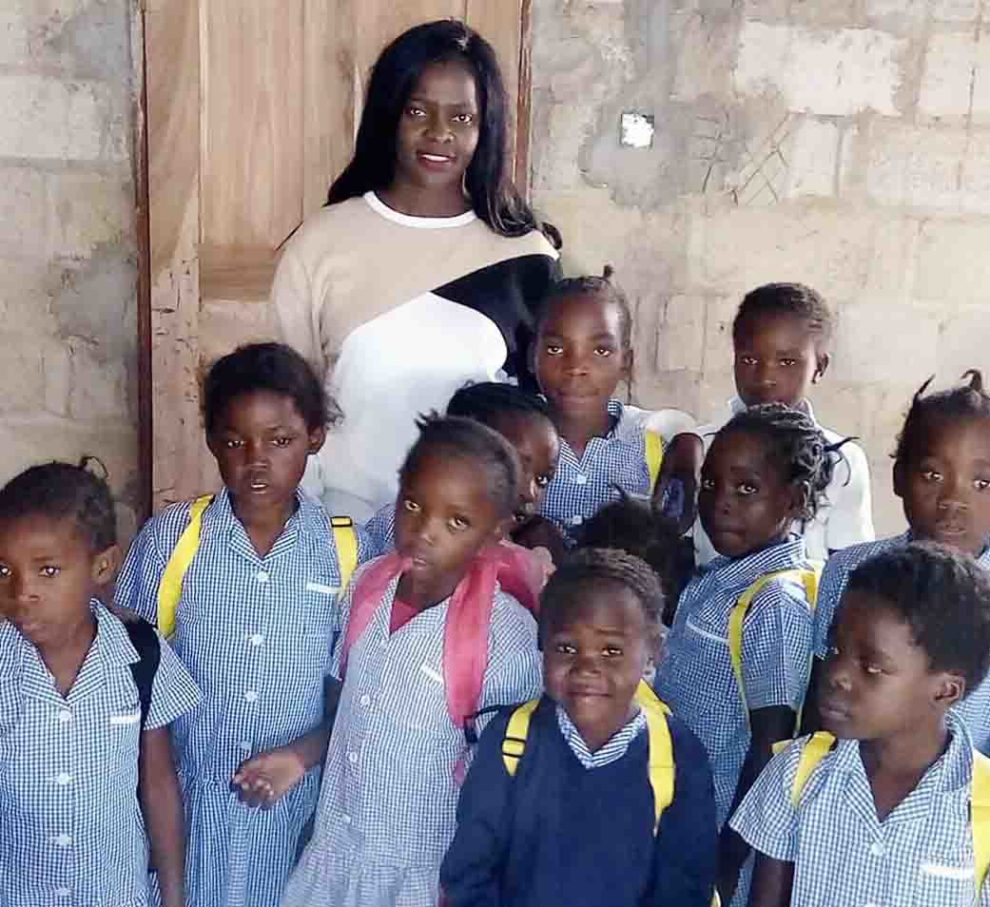 SUNDAY PROFILE with MIKE MUGALA, Lusaka
SURROUNDED by scores of children, Abigail Maseka calmly reaches out to their vulnerability at an orphanage in Lusaka’s Obama area.
To Abigail, 250 children is not a big number to embrace. Her passion to share with people in her community can be traced back to her childhood.
Since childhood Abigail believed in sharing the little she had with the people around her.
Though she was brought up by a single mother who struggled to fend for her and her older siblings, Abigail donated some of her dresses to needy people in her community.
When her mother died in 2004, Abigail could not come to terms with her death. She went into prayer and fasting for three months to seek answers from God.
“My mother played a huge role in shaping me into the person I am today. She always taught me to show love and care to people around me regardless of their social status,” she says.
Abigail started staying with her older brother in Livingstone, she later went to Kabwe to join her older brother.
After three months of prayer and fasting, Abigail heard God’s call telling her to start charity work and help the marginalised.
The revelation instructed her to read Hebrews 13 v 3, which says, continue to remember those in prison as if you were together with them in prison, and those who are mistreated as if you yourselves were suffering.
“Growing up from a struggling background, I felt the need to give hope to the orphans, marginalised and other less-privileged people through charity,” she says.
In 2018, Abigail established Touch A Life Today Foundation (TALFT), a non-profit making organisation that supports orphans and vulnerable children with educational and material support.
Though she has challenges of finances, Abigail believes that every child has a right to be loved and cared for.
With support from well-wishers, Abigail can now put a smile on the faces of over 250 vulnerable children from the ages of three to fifteen in Obama, Chelston, Chongwe and the surrounding areas.
“I would love to see massive growth in service with regards to the provision of educational and material support to vulnerable children and street kids. I believe this can be achived if we all work together,” she says.
To sustain the foundation, Abigail runs a poultry business, whose proceeds go to her charity work.
She also works with other five well-wishers who help teach the children reading and literacy skills.
Abigail would like to grow the foundation and reach out to more vulnerable children but finances are limited.
She solely runs the foundation, but says in rare cases she receives help from A Cry of An Orphan Home (ACAH), another charitable organisation.
“I would like to urge other stakeholders to come on board so that together we can make a difference. I believe that we do not need to have money to help the vulnerable or the needy,” Abigail says.
She also dreams of embarking on an outreach programme aimed at donating food stuffs and other necessities to prisoners.
Abigail says there is need for people to take their time to visit prisons so as to give hope to inmates so that they can easily integrate into society when released.
She says people must endeavour to be a mirror to society and make positive impact and touch many lives.
The third in a family of six, Abigail was born on July 31, 1990 in Livingstone, Southern Province.
She started school at Namatama Primary School in 1996. In 2002, Abigail attempted Grade Seven and qualified to High Ridge Secondary School in Kabwe .
Unfortunately, she stayed out of school for a year because there was no money for her to go to Grade Eight. The same situation occurred when she qualified to Grade 10.
She later proceeded to Munali Secondary School where she did Grade 10 to 12 and later completed in 2009.
In 2014, she was accepted at National Institute of Public Administration (NIPA) to pursue a diploma in management studies. Abigail did not finish her programme due to financial constraints.
She is currently pursuing an associate degree in theology with Lagos University, Lusaka campus.