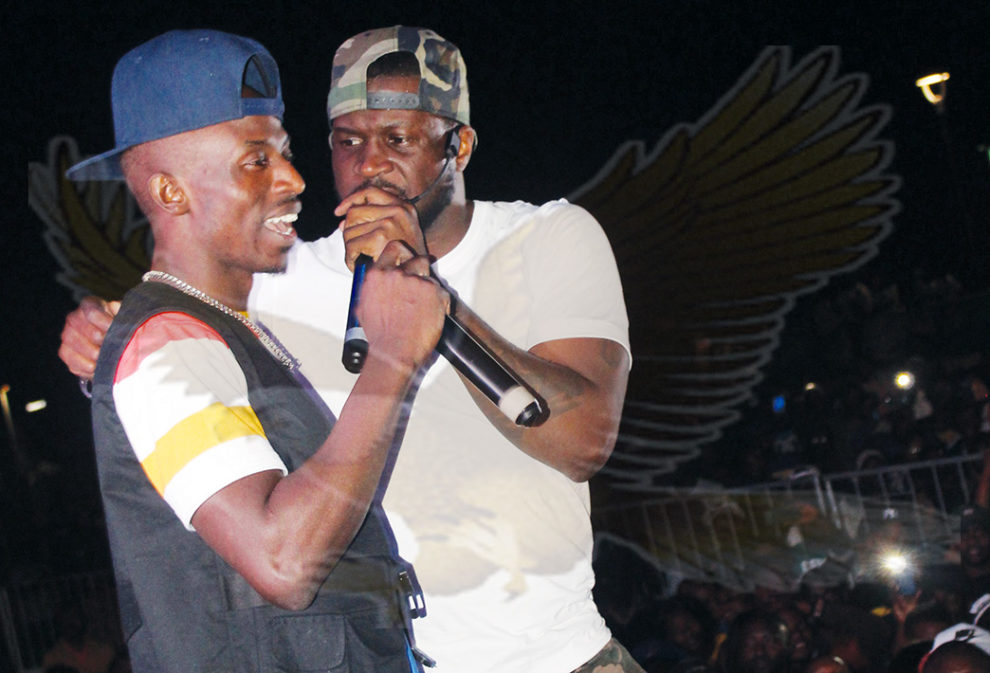 NKOLE NKOLE, Lusaka
MUSIC fans left Levy Shopping Mall, which hosted the Chivas brand show dubbed The Experience, not quite having ‘the experience’ they had anticipated in the build-up.
Headlined by Chef 187 and supported by a number of local hip hop artistes, the concert also featured Skales and Mr P (P-Square) of Nigeria.
The show had number of elements on how not to organise a show.
For a start, the show should have started at 18:00 hours or at least thereabout, according to the official time announced earlier. But it was some four hours later that an opening act finally appeared on stage.
Before that, patrons were entertained by an unsupervised mixer which went on for at least two hours.http://epaper.daily-mail.co.zm/