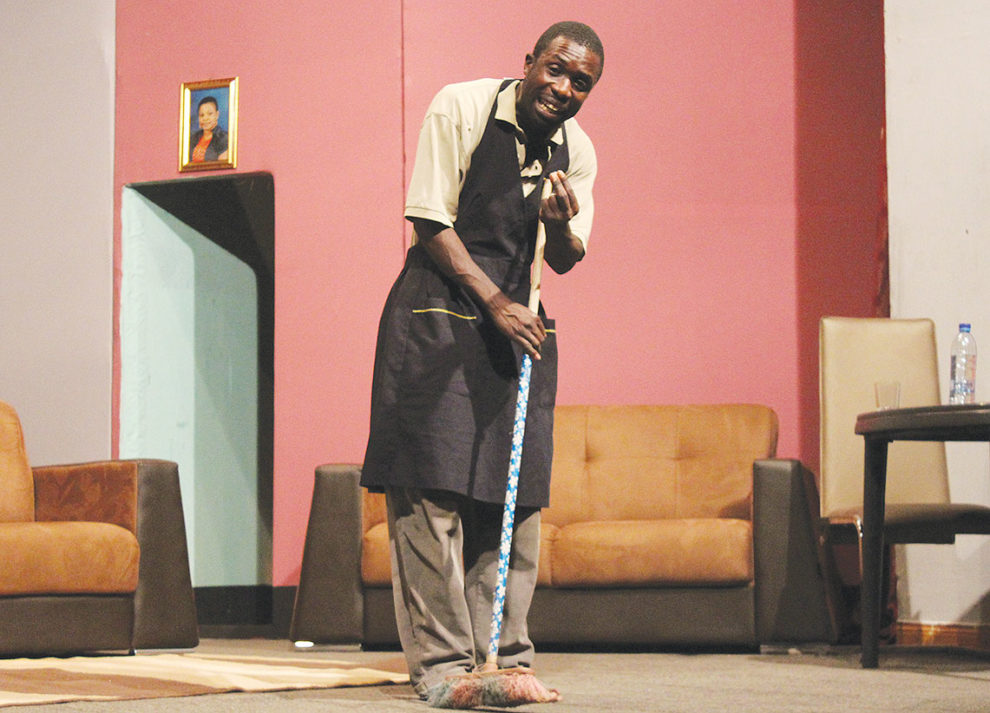 NICHOLAS KAWINGA, Lusaka
AFTER nearly three months of a dry spell, Lusaka Playhouse was alive again last weekend with a Touch of Gold Theatre Productions’ play titled Living with the Enemy, which was produced by Linda Muwowo-Sakala.

The play is written and directed by Henry Joe Sakala, a promising star on a Zambian theatre scene who fearlessly took up playwriting as a rookie and along the way established himself as a force to be reckoned with.
The story is about a young woman, Misozi, (Ardes Suntwe) who is not bold enough to leave and report an abusive husband, for fear she would bring shame and disdain to her family, and that the community would ridicule her for failing to manage and sustain a marriage.
A thematic and befitting play on gender based violence, depicting how brutish some husbands can be. This is especially now that the country is experiencing a stormy ill season of partners in a heightened killing spree of each other (much that, the vice has invaluably been promoted to the score of a national sport, only second to soccer).
‘Living with the Enemy’, the title so ironic, of how those deeply in love and longing for a blissful marriage, only to end up in an illusion of love. A good title and story for the moment, though Henry crafted it 16 years ago.
The play opens to a single set, well build, in appealing colours, though scarcely and barely dressed. Mulwani, (Yombwe Mbuyisa) playing a role that garnered him a Ngoma Award Best Actor in 2001, when the play was first staged, and indeed, catapulted him into the theatre professional realm. Was great to watch.
Mulwani is newly-married to Misozi, about three months ago, and their home has interestingly, no wedding picture to show for it, strange indeed. A well-dressed set palatably appeals to the audience, and adds up to a good performance. Worse of it, Misozi was flat, started the play so low and struggled to warm up to the rhythm of the play tempo.
And their cabinet display, had only two drinks sort of, (hard drinks) crazily with no glasses therein. The fridge too, had only water, depicting a near old couple’s home.
As though that was not much to beg, Misozi comes from a four-day workshop, with only a handbag in hand, women don’t travel like that. A clothes-bag and a little shopping would have been it. Otherwise, she looked like just from the office, and not enough recipe for a fight to ensue.
And there was Pangani, the houseboy, played by Gordon Mutale. With his unmatched silly tantrums and deep love for his choir, managed to persistently irritate his boss, Mulwani. The ‘goon’ was a darling to the audience. He only turned gloomy when for no reason of his, was fired.
Mrs Chanda (Mukonde Kaemba) was another respite of joy, pushing a traditional norm agenda, that women who are loved should occasionally allow themselves to a beating, otherwise, the man doesn’t love them. She displayed a marvelous act, though too short an act.
Henry played protagonist (Musiye), a sympathetic young and single neighbour irked by Mulwani’s callous nature towards the wife. He handled the role fairly well.
Well, soliloquy, which is when an actor speaks to oneself alone but meant for the audience; when long, it needs a mastery of execution, or it sits the act in that scene. And Mulwani had a lot of these, it’s easier to deliver by introducing an opposing character, to create immediate conflict to foreshadow what is to come.
“Other than glitches, like where Misozi starting the play low, scene transitory long pauses and lack of business in the scenes, it was a great play. I watched that play when it was first done in 2001, it has the right messages that need to be taken to the couples, especially now”, observed Dorothy Hamuzongani Musukwa, a one-time National Theatre Arts Association of Zambia (NATAAZ) treasurer.
Oh, yes. Most scenes required some business to show the characters have some day to day activities, as opposed to assigning them to talking and talking and revving alone. Like say, read a book, work on a laptop, serve a coffee or any other. Drama is in the detailed small doings and mannerisms.
Susan, was Rita Ngosa, playing a drunk girlfriend to Mulwani, she executed so well and the audience was deliciously entertained. Well, there is some cleaning needing to done in the scene where the gunshot is experienced; I don’t know. How long does a wounded Mulwani, return home and plead for forgiveness?
A great theatre act, that needs to be taken across the country, more so, now when domestic violence has gotten to a national concern. 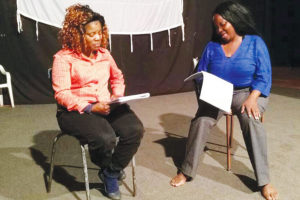 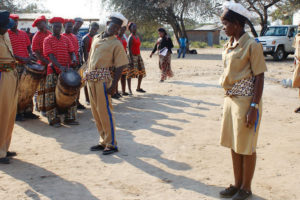 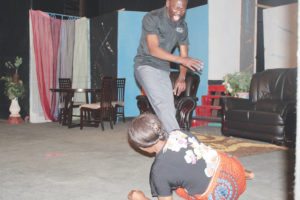