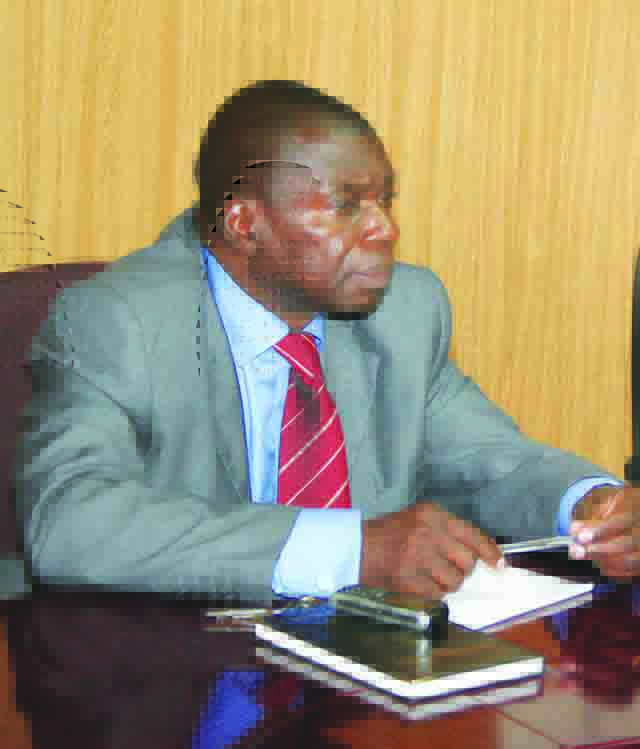 MWAPE MULUBWA, Lusaka
ON Sunday, 10th December, 2017, Patrick Jabani asked his family to accompany him for a lunch outing at the Arcades Shopping Mall, about ten minutes’ drive from their residence in Lusaka’s Mass Media area.

In subservience, his wife ,Charity, did as directed and urged her children to gear up for “lunch with daddy, not knowing that it was his farewell.

When they returned home from Arcades, Mr Jabani decided to take a nap. His family took it as normal, after all it was a good Sunday afternoon.
However, when Mrs Jabani noticed that her husband was still asleep, three hours after, she shook him awake, saying “you would not be able to sleep later in the night if you oversleep”.
Mrs. Jabani noticed her husband’s heavy breathing and inability to move, which compelled her, together with other family members, to rush him to the University Teaching Hospital (UTH) for medical attention. Upon arrival at the hospital, Mr Jabani was unfortunately pronounced dead.
His lunch outing with his family was his way of saying farewell. But who was this man, Patrick Jabani?
He was the first Zambia News and Information Services (ZANIS) Director after the merger of the then Zambia Information Services (ZIS) and Zambia News Agency (ZANA. To be precise, he was appointed director in April 2006.
Mr Jabani, who was usually called by his initials as PJ in the journalism fraternity, worked as a journalist all his life. He started as a cab reporter with the then Zambia News Agency (ZANA) and later rising to the position of director.
He was highly considered and regarded as first choice writer for presidential speeches, says his sister and family spokesperson, Lillian Jabani- Mushota.
He spearheaded and wrote key presidential speeches for former President Fredrick Chiluba, Levy Mwanawasa and Rupiah Banda.
He not only undertook such official duties but also attended to other national assignments- among these being his participation and able contributions to the National Constitution Commission (NCC) and the Mung’omba Constitution Commission (MCC) whose draft submissions were later galvanised into the final Republican Constitution for Zambia, which President Lungu assented to last year.
During his tenure, Mr Jabani interacted with various international organisations among them being the United Nations Fund for Population Activities  (UNFPA), which funded various population related activities in the country.
Among these were the now defunct Population News dubbed:
Pop-news magazine which he jointly supervised with Ken Simamuna who was seconded by the United Nations to the department.
Mr. Jabani was also a strong believer in building God’s church. For example, he contributed towards the revival of the defunct Church called Africa Apostolic Faith Missions (AAFM) founded in 1914.Today, the AAFM is spread in many parts of the country and has consequently a stable following.
Born on October 25, 1952 in Gamela village, Chief Singani’s area in Choma district, Mr Jabani could be said to be steadfast and resilient.
In his early childhood, he started school in Choma in Southern Province, after which he went to stay with his aunt in the then Southern Rhodesia, now Zimbabwe.
He later returned to Zambia to continue with his education which saw him do a Master’s degree in Journalism at the University of Wales in the United Kingdom from 1993 to 1994, after obtaining a degree in journalism from the University of Steven George in Romania between 1980 and 1983.
Upon returning he got a job as director of ZIS which later merged with ZANA to become ZANIS. He retired in 2007.
And current ZANIS director Patrick Lungu has described the death of his predecessor as a great tragedy and loss to the family and everyone who knew him.
Mr. Lungu said late Mr. Jabani was an all-time mentor and the best supervisor one could wish for in an organisation setup.
And former Lusaka Province permanent secretary, Wamunyima Muwana has described the death of Mr Jabani as painful and a great loss to the journalism fraternity.
Mr. Muwana worked for ZANIS before his elevation as permanent secretary.
“To us who worked closely with him, and to many, I can say he was an icon who inspired us through his leadership skills and dedication to the profession.
“His office was always open. He had time to listen to each one of us, to find out our challenges because he needed ZANIS to be on top of things. He was interested in knowing both our challenges and successful stories,” narrated Mr. Muwana.
Juliana Mwila is former director-Press and planning at the Ministry of Information and Broadcasting Services. She also served as editor-in-chief for ZANA.
Mrs Mwila shares similar sentiments about the late Jabani, describing him as a journalist who had great passion for the profession and committed to ensuring that the departments of ZIS and ZANA were turned into a professionally recognised news entity, now known as ZANIS.
Furthermore, she also recognises Mr Jabani as a journalist who was committed to bringing professionalism to the journalism fraternity in Zambia.
“He was dedicated, she says, to seeing journalists trained and bringing them together in one credible media entity. Even when he left, he still contributed to the growth of the department through consultancies.
“We worked together to make sure that journalists for ZANIS were well-recognised,” she recalled.
And Kaluwe Hanzuki, a ZANIS senior reporter described the late in a few words as he said, ‘he was a good person.”
Minister of Information and Broadcasting Services, Kampamba Mulenga, who is Chief Government spokesperson has indicated Government’s deep felt condolences to the bereaved family on his painful loss.
“We beseech the Lord God Almighty to strengthen the bereaved family during this period of extreme pain,” the minister said.
Mr Jabani leaves behind a wife and three children.
Mrs. Mushota says the family has lost a pillar and his departure was unexpected.
She said despite her brother being a renowned journalist, she is amazed by the many people who have visited the funeral house as well as those who have sent condolences, locally and abroad.
Mr Jabani’s burial is today at Memorial Park in Lusaka.
He ran a good race here on earth.
May His Soul Rest in peace.