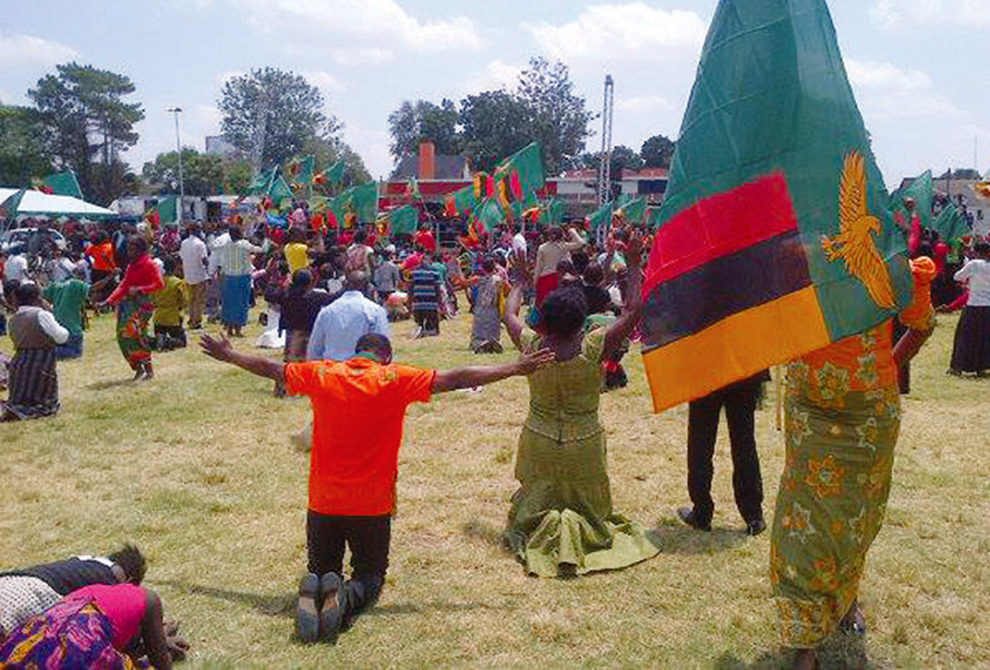 MARGARET CHISANGA, Lusaka
SINCE the break of dawn and throughout the course of this day, the hearts of millions of Zambians will be offered up to God in acts of prayer, seeking His intercession in various sectors affecting the social, political and economic spheres of the country.
In its fourth year running, this act of supplication, where a nation suspends activities for a whole day in order to dedicate themselves to prayer and fasting, has characterised the nation since 2016, when President Edgar Lungu declared October 18 a National Day of Prayer, Fasting, Repentance and Reconciliation.
The declaration came in the wake of various sectors of the nation calling on the President to declare a day when citizens from all walks of life would come together to offer prayers as members of one family on the Zambian soil. This has been the desire of the people of Zambia for many years.
In 1991, Zambia’s second President Frederick Chiluba declared the country a Christian nation, again after suggestions from different sectors of society. This was later formalised when this declaration was enshrined in the Zambian constitution in 1996 after wide consultations.http://epaper.daily-mail.co.zm/

From machine, Mchini was born
Being UNIP in ANC stronghold