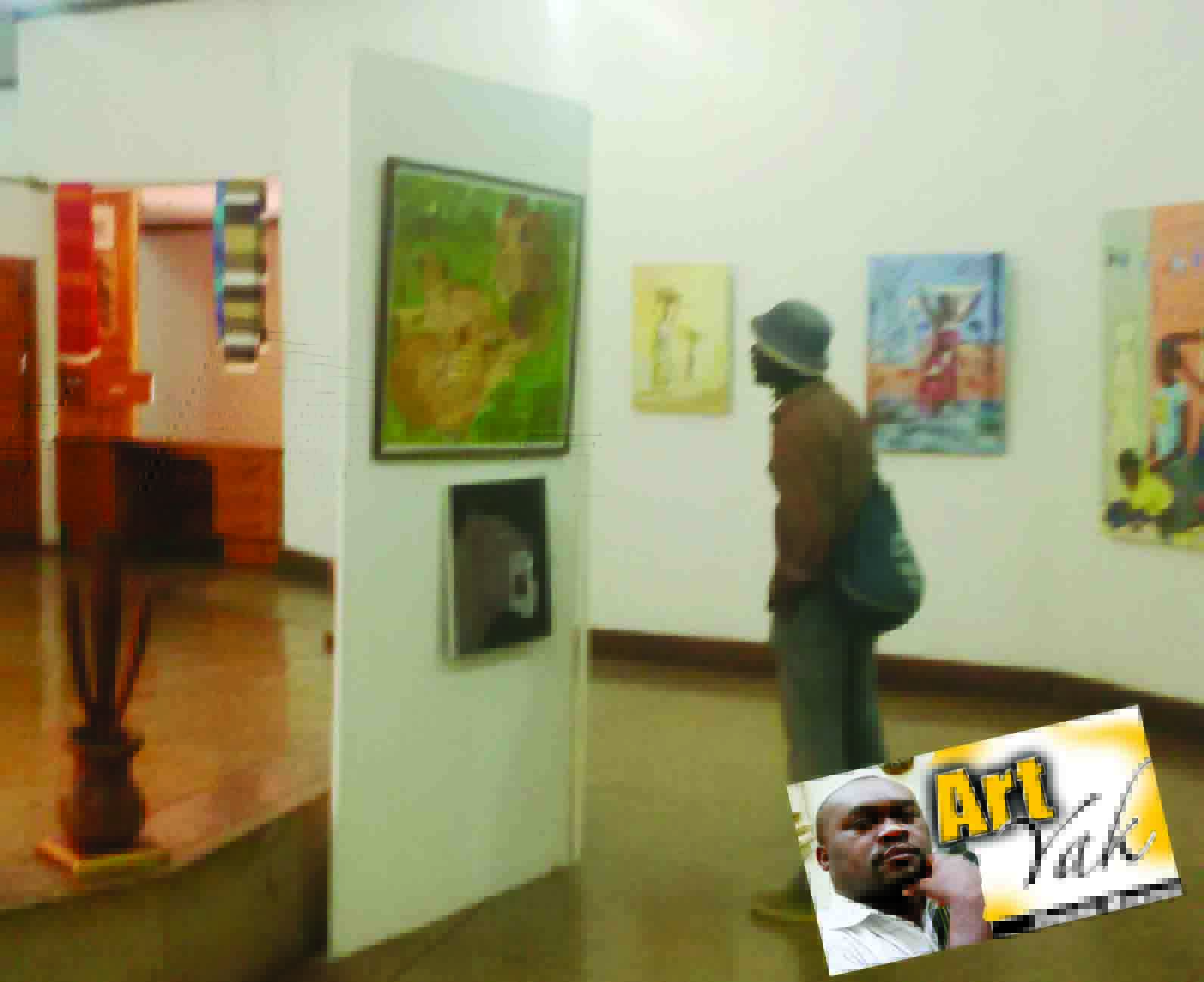 ART YAK with CHANDA MWENYA
IF ANYTHING, Zambiaâ€™s golden jubilee euphoria should have continued to this day. But barely two years after the momentous occasion, the spirit of jubilation has almost been erased from our memories.
At least, that was the impression I got when I saw the â€œNational Art Exhibitionâ€ which opened last week at Henry Tayali gallery in Lusaka.
Even though the exhibition is meant to celebrate 52 years of the countryâ€™s social and political freedom, it clearly lacks the vigour that one expects to get from a show of such magnitude.
It appears like one of those ordinary shows rather than a show curated for a noble cause of celebrating the countryâ€™s independence.
Some art works from the just closed â€œ Kuboneshango â€ exhibition that featured female artists have also been included in the current show.
And without even considering to break the monotony from the previous exhibition, some artworks are being exhibited in the same position as in the previous show.
Other than the title and the price tags besides the artworks, there are no essays about the exhibition or the profiles of the artists.
Could it be that the organisers were not adequately prepared to put up a dignified national exhibition?
Understandably, a national exhibition is supposed to be the pinnacle of all the shows of a particular year, where the whoâ€™s who in the countryâ€™s visual arts ought to feature.
Besides, the current show barely has representation from all the 10 provinces.
Besides, renowned artists such as Benjamin Mibenge, William Miko, Elisha Zulu, Lawrence Yombwe, Eddie Mumba, among others are conspicuously not in this show – these are captains of the arts industry.
And this is one industry that Government feels has potential to grow the economy.
In fact Government restated its position in a statement to inaugurate the exhibition. Part of the statement reads:
â€œGovernment is cognisant of the economic value of the arts and the contribution the arts and cultural sector can make to the countryâ€™s GDP (gross domestic product) if effectively managed. It is for this reason that Government, through the Ministry of Tourism and Arts will continue to endeavour facilitating the growth of the arts and cultural sectorâ€
While it is encouraging that government has recognised the potential that the arts have, the manner in which the industry is being managed is evidently poor. Quite alright, I agree that there is mass potential in the arts, but there is also a lot of mediocrity in the industry, from music, visual arts to performing arts.
In the near past, artists were crying for recognition and complained that their profession was ill-placed in the Ministry of Community Development and Social Welfare. Now Government has appropriately placed the arts under the Ministry of Tourism and Arts.
However, some musicians have kept on miming even when they have live instruments behind them while the biggest theatre house in the country- the Lusaka Playhouse operates with makeshift sound.
Well in short I expected visual artists to put up a professional exhibition to commemorate Zambi a â€™s inde p endenc e considering the efforts of government in promoting the arts industry.
Lastly, I would like to take this privilege to pay tribute to Eddie Tembo who died last week. Temboâ€™s demise- is a blow to the arts fraternity. May his soul rest in peace. Uncle Eddie, as he was fondly called, was a veteran actor and director, who won a number of awards.