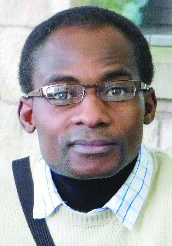 MAKWETI SISHEKANU
THE cholera outbreak in Lusaka highlighted one of our underutilised tools – the Regional and Urban Planning Act Number 3 of 2015. Without a doubt, the epidemic is a regional and urban planning issue driven primarily by human settlement and its attendant socio-economic factors in certain environments.

Public health authorities have cited Kanyama, Soweto and Chibolya as the most sensitive environments referred to as epicentres of the epidemic, which arose primarily from faecal contamination of drinking water. In this article, I look at some legislative provisions in the Act that remain salient though silent to the long-term fight against cholera.

The drafters of the Regional and Planning Act knew exactly what they envisioned in the objective anythingof the Act; an Act providing for, among other things, the development of planning and administrative procedures, standards and requirements for urban and regional planning processes, systems and frameworks for managing human settlement, functional efficacy and the socio-economic activities of human settlement. Geographically, Kanyama, Soweto and Chibolya settlements are built on a low-lying water aquifer that stretches way up to Mwembeshi in Lusaka West.

Naturally, human settlement is an active system of production and consumption of energy with an inevitable consequence of excreting waste. Without a sewer system running with piped water, the contamination of such a low-lying water aquifer is inevitable – but not necessarily because of the nature and depth of underground water, rather because the human settlement in such an environment was not informed by the geographical sensitivity of the area.
Other than Kanyama, Soweto and Chibolya, we cannot be sure which other areas in Zambia have such underlying geographical features as to jeopardise underground water with faecal contamination. Meanwhile, unserviced plots of land are being allocated for human settlements without a sewer system running with piped water. Developers and residents in such areas have no choice but to drill their own boreholes and dig latrines improvised for sewerage. Is it, or should it be, any area in Zambia where such developments are permissible without due diligence to the protection of underground water?
If this question was raised at the time of setting up Kanyama, Soweto and Chibolya settlements, we would have prevented the current cholera epidemic that has cost us both life and money at unprecedented levels. Currently, some residents of PHI are drilling boreholes in their small backyards to avert the critical shortage of piped water in the area. Whether this is being regulated by the Water Resources Management Authority (WARMA) or it has received planning permission under the Regional and Planning Act is a different matter.
However, though waterborne diseases such as cholera have more to do with the socio-economics of human settlement than any other factor, regional and urban planning plays a critical but hidden role in preventing such epidemics. The Act recognises the interconnected nature of issues that arise out of human settlement. Hence, it cites other regulatory instruments such as the Environmental Management Act, the National Council for Construction Act, the Public Health Act, the Water Resources Management Act, and many others.
None of these supplementary regulatory instruments can play the same preventative role that planning of human settlement does. This assertion is supported by Section 4, which establishes that the provisions of the Regional and Planning Act shall prevail over any inconsistencies that may arise between the Act and any other written law relating to planning.
One of the key principles of planning outlined in the Regional and Urban Planning Act draws on a precautionary approach to environmental management; seeking to ensure that locational prerequisites for development, and the characteristics and diversity of particular areas are enhanced and protected. This can simply be re-stated as a provision for impact assessments.
In retrospect, the locational prerequisites and the characteristic diversity of Kanyama, Soweto and Chibolya settlements would have been examined by the Regional and Planning Authority before permitting these settlements if the Act was passed then. If, as we have adequately been informed, faecal water contamination is at the centre of this cholera outbreak, then we should give urban planning and management of human settlements the attention it requires.
From this reasoned opinion, the Regional and Urban Planning Act projects a perspective of cholera as a social and environmental issue. The dominant public health image of cholera is simply a symptom of a problem that the Regional and Urban Planning Act attempts to solve.
Until we change this perspective, our struggle to manage cholera outbreaks will persist every rainy season. But logic posits that rains do not cause cholera. Rather, the rainy season only increases the geographical sensitivity of a particular human settlement, making the people living within that environment more vulnerable to the pathogenicity of disease, and later becomes an epidemiological issue of public health.
The author is an energy and environmental law expert, National MA&D consultant, UNFAO founding vice-president, and member of Commonwealth Alumni Association of Zambia.