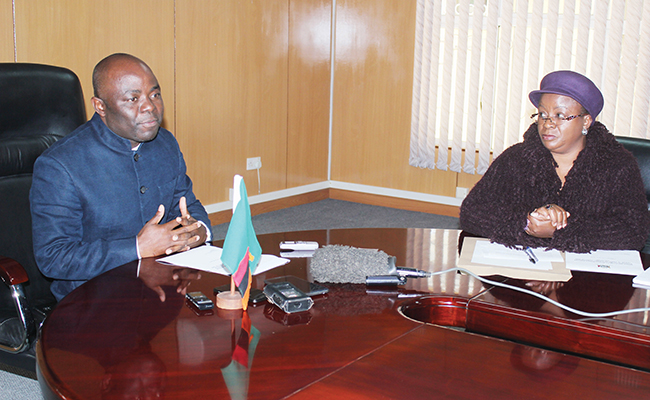 KELVIN CHONGO, Lusaka
OVER 798,000 people will require relief food due to the adverse rain pattern in the last rainy season, deputy minister in the Office of the Vice-President Stephen Kampyongo has said.
Mr Kampyongo said at a press briefing in Lusaka yesterday that government needs about 53,242 tonnes of maize to cater for the people for a period of eight months, starting from next month.
â€œThe affected people are expected to consume 53,000 metric tonnes of maize for eight months,â€ he said.
Mr Kampyongo said the Office of the Vice-President has identified Serenje and Chitambo as districts that will be on the relief food programme in Central Province.
He said Chadiza, Chipata, Katete, Lundazi, Mambwe, Nyimba, Petauke, Sinda and Vubwi are districts that will benefit in Eastern Province.
Other needy areas are Samfya in Luapula Province and Chikankata, Gwembe, Kazungula, Pemba, Sinazongwe in Southern Province.
In North-Western, Mr Kampyongo said only Ikelengâ€™i will benefit from relief food, while 13 districts in Western Province need help.
These are Kalabo, Kaoma, Mulobezi, Senanga, Sesheke, Shangombo, Nalolo, Limulunga, Nkeyema, Sikongo, Sioma, Mwandi and Luampa.
Mr Kampyongo also said that the Disaster Management and Mitigation Unit (DMMU) will provide farming inputs to 45,000 households in 27 districts that were hit by a prolonged dry spell.
Mr Kampyongo said Government expects increased disease burden arising from water shortages.
â€œBecause of this, we have increased the epidemic preparedness activities to ensure that we forestall any epidemics that may arise such as cholera and typhoid,â€ he said.
Meanwhile, Mr Kampyongo has castigated Forum for Democracy and Development (FDD) president Edith Nawakwi for misleading the public that he participated in the procurement of helicopters for police operations when he served as deputy minister of Home Affairs.
Mr Kampyongo said Ms Nawakwi must learn to give facts when commenting on national issues.
He said facts are there at the ministries of Finance and Home Affairs regarding the matter.