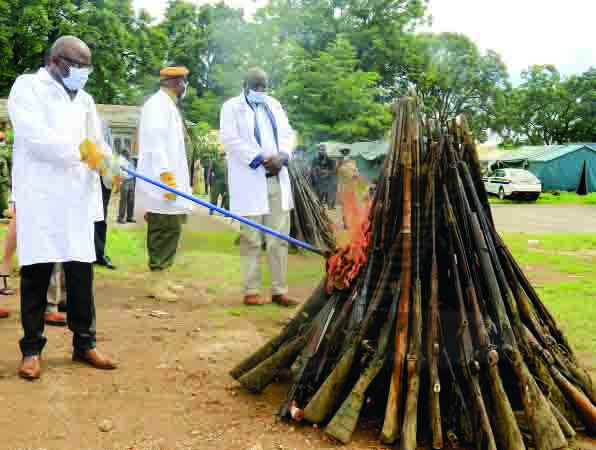 KABANDA CHULU, Lusaka
OVER 6,000 illegally-owned firearms and light weapons which were surrendered to Zambia Police Service during the one-year amnesty programme which ended yesterday have been destroyed.
And a Swedish development organisation, Individuell Manniskohjalp (IM), has partnered with  Zambia Police Service in recycling metal parts of the destroyed guns into Humanium metal which will be used to manufacture components of wrist watches, bracelets and ball-points.
During the guns destruction ceremony yesterday, Inspector General of Police Kakoma Kanganja said 6,200 illegal firearms were surrendered.
Of the 6,200 guns, police collected 5,260 while 940 were received by the CLICK TO READ MORE